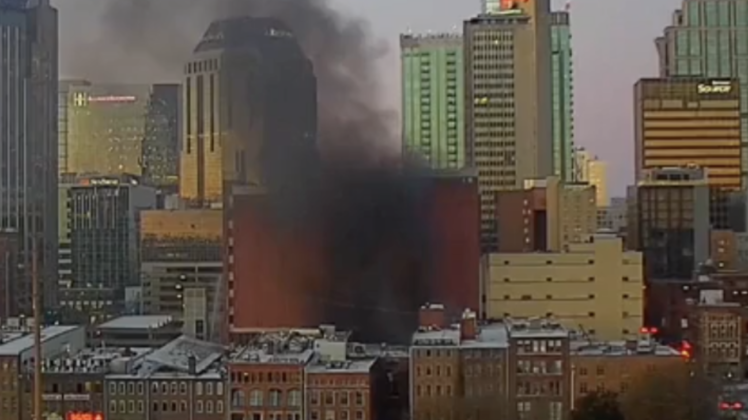 Local reporters say a message was broadcast from unknown sources advising citizens to evacuate the area where an explosion happened in downtown Nashville.

Witnesses told investigators they heard gunshots early in the morning and a message coming from an RV parked in the street warning anyone in the area to evacuate. Officers said they are looking into these reports, NewsChannel 5 reports.

A surveillance video camera captured the strange audio along with the moment when the explosion occurred. Watch below:

“All buildings in this area must be evacuated now,” the recording said in a loop. “If you can hear this message, evacuate now.”

Metro police spokesman Don Aaron told NewsChannel 5 that police received a report of a suspicious vehicle outside of the AT&T transmission building and upon investigating the report, officers called the hazardous devices unit. When the unit responded to the area, the vehicle exploded.

Footage from the scene on 2nd Ave North as multiple agencies continue to work and investigate an explosion from earlier this morning. pic.twitter.com/5g40RhwNNl