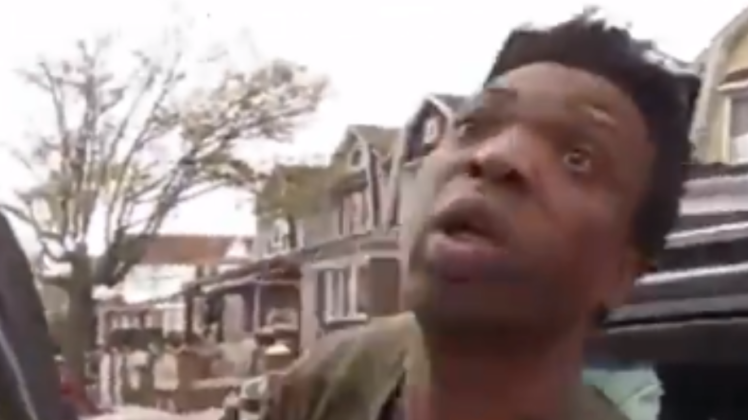 Two New York City police officers were attacked during a traffic stop on Saturday. We have exclusive video of the attack posted below.

The NYPD says the officers stopped a vehicle for running a red light.

“When approached, the driver doused a cop with a chemical before fleeing, tossing a Molotov cocktail — and finally being arrested,” the NYPD said in a prepared statement.

The officers also recovered a number of other molotov cocktails – one of which was lodged in the windshield of their patrol car.

Fortunately, both officers were not seriously injured.

It’s yet again proof that no traffic stop is just routine. Anything can happen.

Neither President Biden nor the Democrats have condemned this cowardly attack on law enforcement officers.

“Words matter,” NYPD Commissioner Dermot Shea said in a statement. “Earlier this week we said that again after graffiti that proclaimed ‘kill cops.’ This morning..a Molotov cocktail thrown at an occupied marked police car Now more than ever is the time to come together, to move forward together.”

Click here to read Todd’s most-read book on how we can stop the socialists from taking over our nation.

Today, a vehicle stop for running a red light proved once again that no traffic enforcement is “routine.” When approached, the driver doused a cop with a chemical before fleeing, tossing a Molotov cocktail — and finally being arrested. Fortunately, our officers weren’t injured. pic.twitter.com/WBDt89b7F6