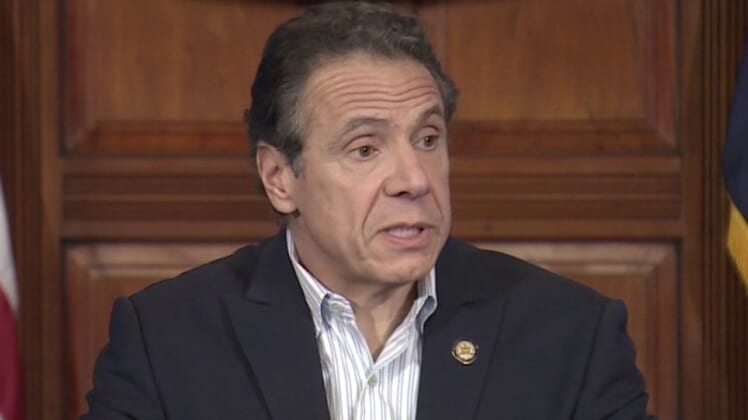 “For the good of the state, Gov. Cuomo must resign.”

Cuomo is facing serious scrutiny over allegations of harassment from former aides — with two new allegations coming out in the past 24 hours.

“Every day there is another account that is drawing away from the business of government,” she said in a statement. “We have allegations about sexual harassment, a toxic work environment, the loss of credibility surrounding the Covid-19 nursing home data and questions about construction of a major infrastructure project.”

The editorial board of the left-wing newspaper Albany Times-Union called on the governor to resign.

“It is time for Mr. Cuomo to resign, and for those who helped him deceive the public to go, too,” it added.

Cuomo pushed back against those calls during a Sunday afternoon press conference.

“I was elected by the people of the state. I wasn’t elected by politicians. I’m not going to resign because of allegations,” he declared.

“The premise of resigning because of allegations is actually antidemocratic, and we’ve always done the exact opposite. The system is based on due process and the credibility of the allegation,” the governor continued.

He said again, “There is no way I resign.”