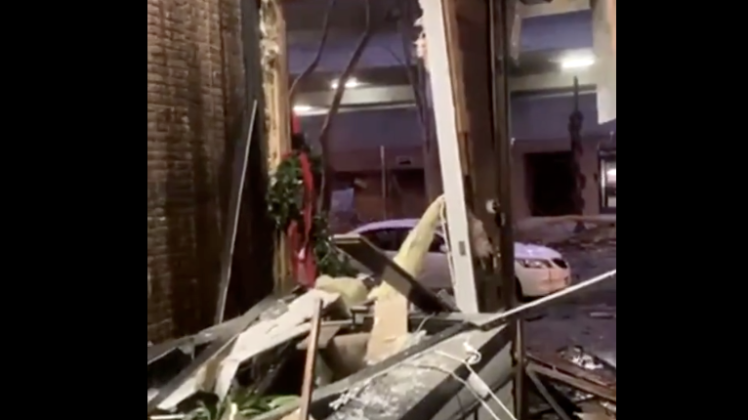 DEVELOPING STORY: A massive explosion rocked downtown Nashville on Christmas morning and authorities believe it was an intentional act.

Police responded to reports of a suspicious vehicle parked outside the AT&T building just before 6 a.m. Upon arrival, police said an officer “had reason” to alert the department’s hazardous devices unit, which was en route, when a “significant explosion” happened.

Three people were hospitalized with injuries, the Tennessean reported.

Police and firefighters responded to an area near Second Avenue and Commerce Street about 6:45 a.m. Friday.

Mayor John Cooper said he toured the damage, describing broken glass and water mains with insulation “blown up” into the trees. He estimated about 20 buildings had been impacted.

“It looks like a bomb went off,” he said. He said it was too soon for any conclusions but said updates will be given Saturday morning.

Oh my god! This video from downtown #Nashville of the explosion!!!

Major damage to buildings close to and around scene of huge explosion in #Nashville. Shards of glass and windows blown out hundreds of yards from 2nd Av. pic.twitter.com/gnQiXwCZ3M