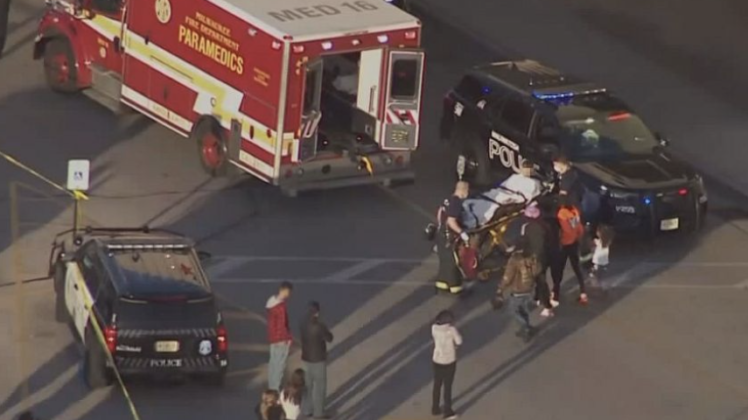 Multiple people were shot inside Mayfair Mall in Wauwatosa, Wisconsin, according to local news reports. The shooting occurred at 3 p.m. Friday.

Several people reported on social media of hearing gunshots and stores responding to an active shooter situation. Some people remain inside the building, locked down. Others ran out of the mall.

Witnesses told WISN-TV that they heard what they believed were eight to 12 shots. WISN-TV reported they had seen five people taken away from the mall on stretchers, at least two of whom were sitting upright and appeared to be conscious.

It is unclear how many people have been shot.

As of 4 p.m. law enforcement officers from several agencies were still streaming into the mall, including officers wearing tactical gear and holding shields, according to Milwaukee Journal Sentinel reporters at the scene.

WTMJ was able to capture scattered reports on scanner traffic:

WISN-TV’s news helicopter captured footage of at least three people being loaded into ambulances. A Journal Sentinel reporter saw paramedics taking a woman out of the building on a stretcher around 4 p.m.