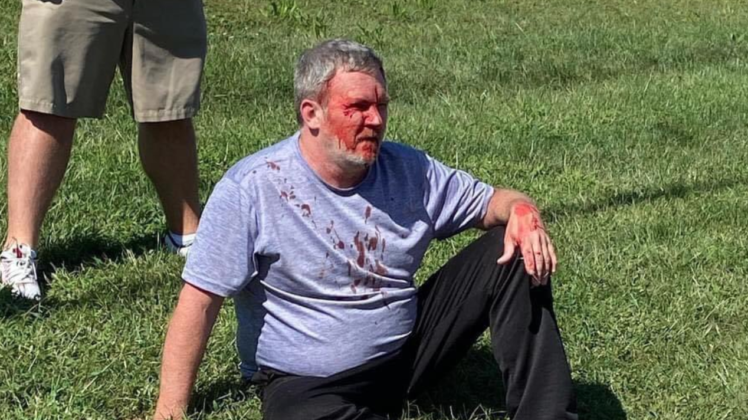 An angry group of dads tackled and detained a convicted sex offender after a 15-year-old girl accused the suspect of looking under bathroom stalls in the ladies room at a South Carolina Cracker Barrel.

Online records from the Duncan Police Dept. confirmed that 53-year-old Douglas Lane of Charlotte, North Carolina, has been charged with voyeurism, possession of marijuana and possession of drug paraphernalia, television station WSOC reports.

The pervert was left bloodied and beaten by the brave dads.

An eyewitness said his son asked him a lot of questions about what happened and he told him that “there was a bad guy and a lot of good guys took down the bad guy.”

A group of men stopped this guy from getting away after Duncan, South Carolina police say a 15-year-old girl spotted him looking underneath the bathroom stall inside the Cracker Barrel on Sunday. Douglas Lane, of Mecklenberg County, is a registered sex-offender in North Carolina. pic.twitter.com/ASeLDKn0pe

Lane is a registered sex offender in North Carolina and has been charged for peeping at least eight times prior to the Sunday incident, the television station reported.

The man is lucky to be alive — trying to pull something like that in a Cracker Barrel of all places.