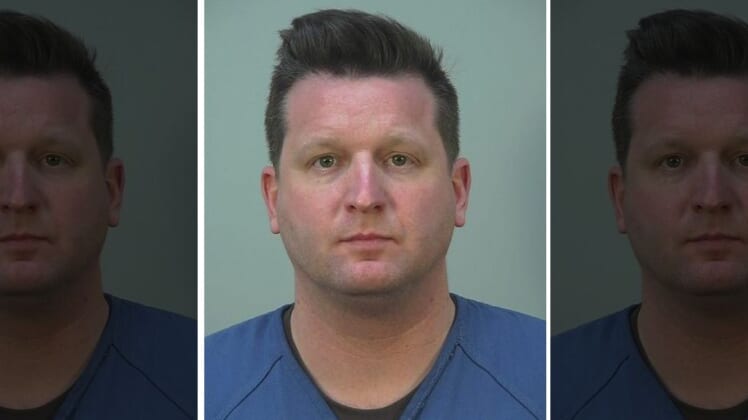 The former leader of a prominent gay charity that provides financial support for Drag Queen Story Time for kids has been arrested on child pornography charges, local media reports.

Brett Blomme, a Children’s Court Judge in Milwaukee, was arrested and charged with seven counts of possessing child pornography Tuesday, the state Department of Justice announced.

Blomme, 38, is accused of uploading 27 terrible images and videos of children being sexually abused on the messaging app, Kik, using the name “dommasterbb” between October and November 2020, according to the 44-page search warrant

He is also the former president and CEO of Cream City Foundation, which provided money for Milwaukee’s Drag Queen Story Hour, a program that exposes small children to drag queens during events at public libraries.

The complaint alleges abusive acts depicted in the material occurred in a Cottage Grove home owned by Blomme and his husband where their two adopted children live, as well as the judge’s chambers and vehicle.

Assistant Attorney General David Maas, who is prosecuting the case, has argued that Blomme should not have any unsupervised contact with children — including his adopted kids.

A preliminary hearing has been set for April 29 and the state Supreme Court suspended Blomme from his judicial duties without pay, Madison.com reports.

Nationally syndicated radio host Todd Starnes, who has been covering these stories for years, weighed in during his commentary Thursday.

“In recent years several public libraries have been forced to apologize for allowing convicted sex offenders to have unfettered access to children during the drag queen story hours,” Starnes said.

“Many concerned parents wonder what exactly is the point of exposing children to the LGBT agenda,” the “Todd Starnes Radio Show” said.

“In Lafayette, Louisiana – a drag queen told city leaders the point of drag queen story hour was to groom the next generation of children,” Starnes explained.

“Take them at their word, America,” he concluded.