Dershowitz BLASTS “New McCarthyism”: Due Process for All — Except Trump, Police Officers Like Kim Potter 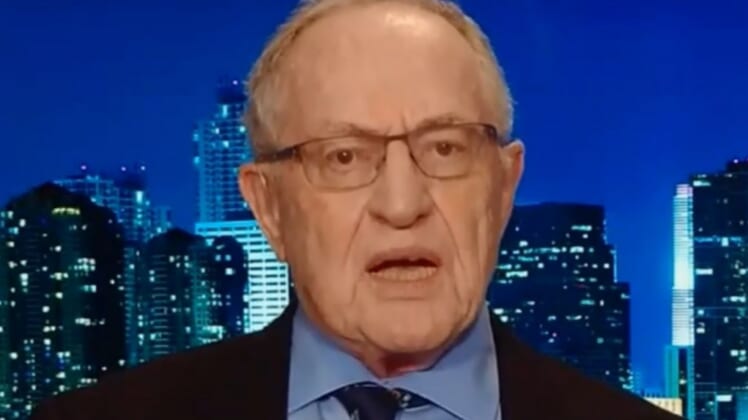 The author of “Case Against the New Censorship: Protecting Free Speech from Big Tech, Progressives, and Universities” defended the rights of Big Tech to censor conservatives, but said it’s wrong.

He also called the recent treatment of police officers “outrageous,” pointing to the unfair trial of Derek Chauvin.

Dershowitz said he was “shocked” the Chauvin jury wasn’t sequestered, adding that he hopes the Supreme Court takes the case and decides for the first time, where you have racial tensions and threats to the jury, there must be sequestration.

On Thursday night, Dershowitz told Fox News host Laura Ingraham there should be an early acquittal of Kim Potter, the former police officer who shot and killed Daunte Wright, saying she made an “honest mistake.”

“There won’t be justice for Kim Potter unless she’s acquitted,” Dershowitz said of the fatal traffic stop in Brooklyn Center.

“In fact, there won’t be justice even if she’s acquitted, if she’s charged. They have to drop the charges. Now, there is no manslaughter case there. She did nothing that has an intent that satisfies manslaughter. She made an honest mistake, and she was screaming, ‘Taser! Taser! Taser!'”

Dershowitz agreed that Potter, who immediately resigned after the incident, should be suspended over the fatal error.

LISTEN TO THE FULL INTERVIEW ON THE TODDCAST PODCAST BELOW: