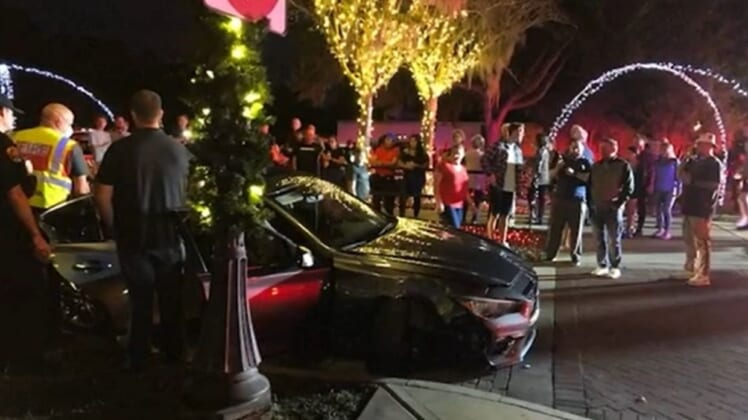 A Florida man was arrested after speeding his car into a Christmas parade outside of Orlando earlier this month, causing an accident with another vehicle, and trying to flee the scene, according to law enforcement.

The golf cart Christmas parade put on by the West Orange Junior Service League went as scheduled Sunday, WKMG reports. It had to be postponed from the incident the previous week.

Winter Garden Police arrested Terryus Baker, 27, who was driving the vehicle, and Elizabeth Chavez, 24, who was in the passenger’s seat on Dec. 12. Chavez was arrested for having an active warrant for failing to return rental equipment and she was released on bond the next day.

Police commander Jason Pearson told Fox News Digital it “WAS NOT an attack” as it appeared to be similar to the Waukesha attack where suspect Darrell Brooks Jr. allegedly plowed through a Christmas parade killing six people and injuring more than 60.

An officer said he was almost hit when the car sped up as he was flagging them down to “slow down,” blocking off the street for the route. Police said Baker revved up and plowed into a driver in a white Toyota Highlander, who was taken to the hospital and sustained minor injuries.

Baker then ran away as the officer chased him on foot and was apprehended by an off-duty officer from another jurisdiction who happened to be in the crowd.

Two children were in the car with Baker that night. He was charged with aggravated assault on a law enforcement officer, having no valid driver’s license, possession of narcotics without a prescription, and child neglect.