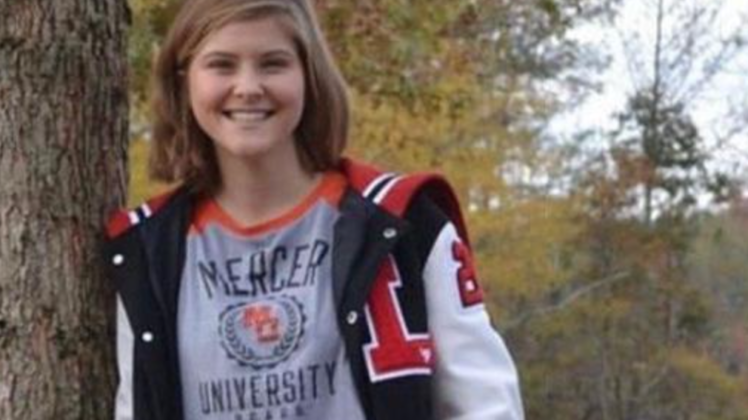 An 18-year-old pre-med student from Georgia is facing four months in a Cayman Islands prison after she broke the island’s China Virus quarantine rules.

Martyn Roper, governor of the Cayman Islands issued a video statement Friday saying, “All of us have to show individual and collective responsibility if we’re going to effectively deal with this pandemic and I particularly appeal to all travelers coming back to the islands — please comply fully with the guidance and the advice that you’re getting.”

Skylar Mack, a student at Mercer University had flown to the British Caribbean territory to attend her boyfriend’s jet ski competition.

The Cayman Islands requires tourists to quarantine in isolation for two weeks. Instead, she attended the jet ski competition. Anyone who violates the rule could face a $10,000 fine and up to two years in jail.

Both Ms. Mack and her boyfriend were arrested and charged.

She was originally given a slap on the wrist – community service and a fine. But local officials objected and demanded a harsher penalty.

“These offences should have been met with far more stringent measures,” prosecutor Patrick Moran told the Cayman Compass. “When it comes to a matter of deterrence, the sentences imposed are likely to have little to no effect on other like-minded individuals.”

CNN reports Justice Roger Chapple stated that he understood the need for a balancing act, but found that “the gravity of the breach was such that the only appropriate sentence would have been one of immediate imprisonment.

“This was as flagrant a breach as could be imagined,” Chapple told the court, according to the Cayman Compass. “It was borne of selfishness and arrogance.”

Mack’s grandmother does not dispute that her granddaughter screwed up — but she’s pleading for mercy.

“She did wrong. We’re not doubting what she did wrong. I just don’t think the punishment meets that,” Jeanne Mack said.

Mack was immediately taken to prison, where she is being held in the general population, CNN reports.

“She cries every time she calls home. She hasn’t been able to eat since they put her in prison,” her grandmother told the television network.

Mack told Fox News Channel that the Cayman Islands is making an example of her granddaughter.

“They needed to make a statement,” she told Fox News. “Their government is accusing her of causing major anxiety of everybody that was on the island but it’s because they’re not telling them that she was negative – she does not have the virus, she never has had the virus.”

Mack issued an apology, but it’s not clear if it’s going to help her cause.

“I was afforded the opportunity to enter the islands during these trying times and I abused it,” she said. “I am humbly asking for the forgiveness of the community.”