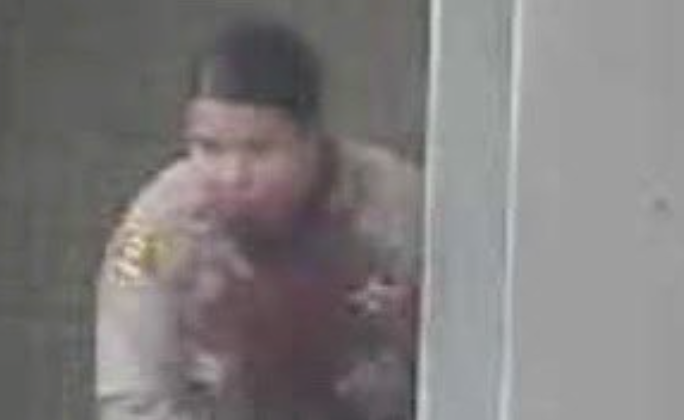 Security video shows a severely injured Los Angeles County Sheriff’s deputy administering first aid to her colleague who had been shot in the head.

The two deputies, a 31-year-old woman and a 24-year-old man, were shot Saturday night as they sat in their patrol vehicle near the Metro station in Compton.

“She helped the other wounded deputy, got on the radio, provided medical care, got him to a place of safety ’cause they didn’t know if there was another attack coming their way,” Sheriff Alex Villanueva said.

NEW: LASD & the families of the two ambushed deputies have given me permission to show this graphic photo of the moment after they were shot. I’m told female deputy was shot through jaw, still radioed for help & applied tourniquet to male deputy’s wounds. Both stable now. @FOXLA pic.twitter.com/6m06qec1v2

Footage shows a man on foot walk up to their vehicle, aim a handgun at the passenger side window and fire off multiple rounds before running away on foot.

Shortly after the shooting, the female deputy can be seen on surveillance video struggling to place a tourniquet on her partner even as she herself is bleeding from gunshot wounds.

Bystanders were seen on video filming the aftermath laughing and mocking the deputies as they struggled to radio for help. Not a single person bothered to offer assistance.

Both officers are expected to recover in spite of the severity of their injuries.

LASD Deputies Ambushed and Shot – Security Video with Audio https://t.co/tnuIS58SKs please get this video out and share it.