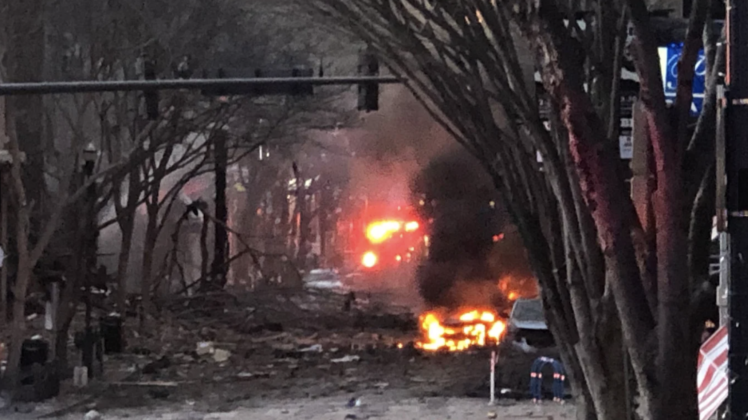 At least three people were injured.

Police told local reporters that they received a call of a suspicious vehicle parked near the city’s AT&T building and that hazardous devices units were on their way to the vehicle when the explosion happened.

“Right now, it’s a public safety concern, to make sure everybody is accounted for and to make sure the spread of the fire doesn’t go any further,” Michael Knight, a spokesman for the ATF in Nashville, told The Associated Press.

Police and firefighters were quickly on the scene after the blast caused noticeable tremors in the surrounding area.