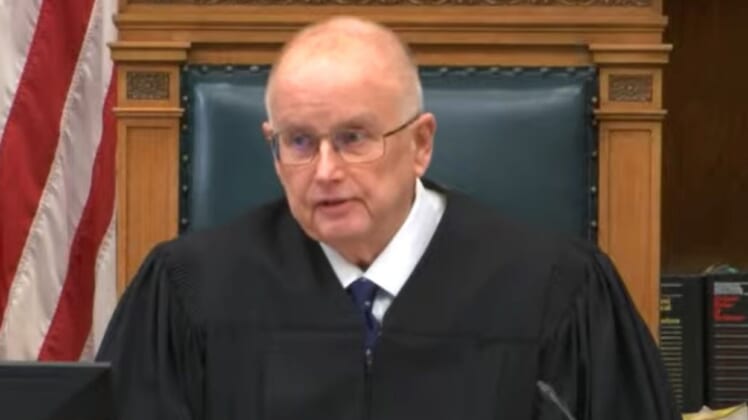 “We regret the incident and will fully cooperate with the authorities on any investigation,” NBC added.

The judge in the Kyle Rittenhouse trial banned MSNBC from the courthouse after a man claiming to work for the network followed the jury bus Wednesday night.

Judge Bruce Schroeder said Thursday the man was James J. Morrison who claimed to be an MSNBC producer working for Irene Byon of NBC in New York, noting that the bus carrying jurors has covered windows to prevent them from seeing protesters.

“This is a very serious matter and I don’t know what the ultimate truth of it is,” Schroeder said. “But absolutely it would go without much thinking that someone who is following the jury bus, that’s an extremely serious matter and it will be referred to the proper authorities.”

Kenosha police said earlier a person was taken into custody after being suspected of trying to photograph jurors.

National radio host Todd Starnes said MSNBC should pay a price for the stunt trying to doxx the jurors.

STARNES: Will the Rittenhouse Jury Side with Justice or the Mob?