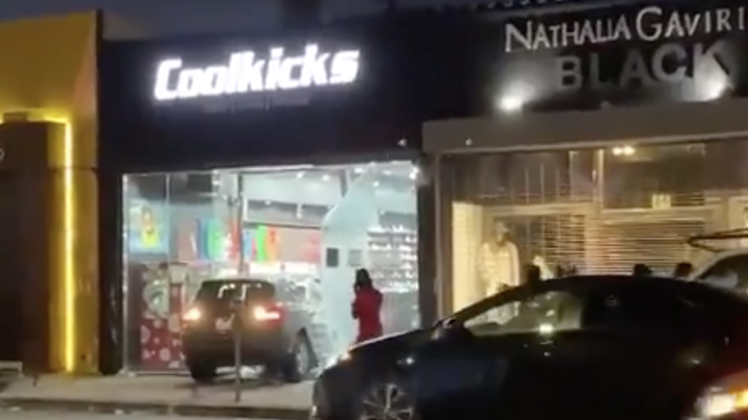 DEVELOPING STORY: There’s been an officer-involved shooting in Los Angeles. The suspect was carrying a gun. He was killed. Some looting has already commenced.

People in Los Angeles are already about to turn up in response to that police shooting of a Black man earlier..

This just happened on Melrose. pic.twitter.com/SD1LIY8ViE

About 75 to 100 demonstrators are gathered near West 109th Place and Budlong Avenue in South L.A. where deputies with the Los Angeles County Sheriff’s Department shot and killed a Black man earlier today https://t.co/xCnRQq1v6r pic.twitter.com/XQXpwWpR16

Absolute panic as police trap protesters at entrance of tunnel in DTLA shooting rubber bullets & other less than lethal rounds into the crowd. https://t.co/f765KfNOnq pic.twitter.com/Kl22HSy3Mv