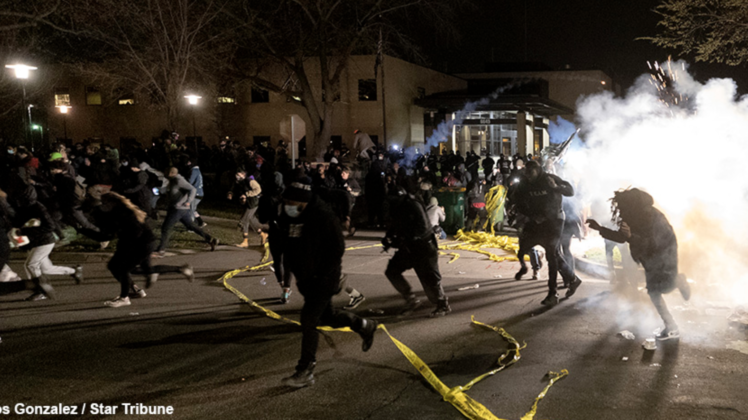 Dozens of stores across Brooklyn Center were pillaged and plundered overnight by a rampaging mob of Black Lives Matter thugs.

BLM seems to think they have a right to burn down our cities every time the police attempt to do their jobs.

Brooklyn Park police say the front door of the PD was struck by gunfire just after 8 p.m. tonight and there have been numerous businesses looted as the unrest in Brooklyn Center moves across the border. BPPD was not involved in the BCPD incident. pic.twitter.com/omdsch4qA3

Several business owners on Lake Street in South Minneapolis are boarding up right now in response to riots & looting taking place in Minneapolis & Brooklyn Center tonight. Many businesses still have boards up from almost a year ago when George Floyd died. pic.twitter.com/KjbfARbDAc