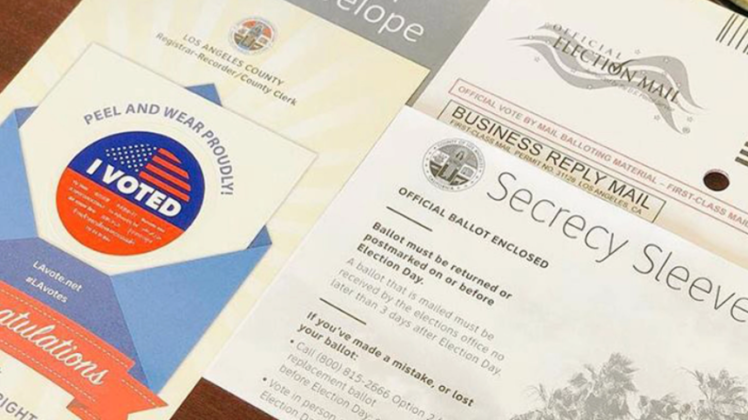 Carlos Antonio De Bourbon Montenegro (dob 9/9/67), aka Mark Anthony Gonsalves, and Marcos Raul Arevalo (dob 3/15/86) were each charged in case BA491333 with one count of conspiracy to commit voter fraud, eight counts of voter fraud, four counts of procuring and offering a false or forged instrument and four misdemeanor counts of interference with a prompt transfer of a completed affidavit.

Montenegro faces an additional 10 counts of voter fraud, seven counts of procuring and offering a false or forged instrument, two counts of perjury and five misdemeanor counts of interference with a prompt transfer of a completed affidavit.

The case was filed for warrant on November 12.

Arraignment is scheduled today in Department 30 of the Foltz Criminal Justice Center.

Montenegro allegedly submitted more than 8,000 fraudulent voter registration applications between July and October 2020. The defendant also is accused of falsifying names, addresses and signatures on nomination papers under penalty of perjury to run for mayor in the city of Hawthorne.

The Public Integrity Division is prosecuting the case.

The case remains under investigation by the District Attorney’s Bureau of Investigation. The Los Angeles County Registrar-Recorder/County Clerk’s Office, FBI, Covina Police Department and the California Secretary of State’s Office assisted in the initial investigation.