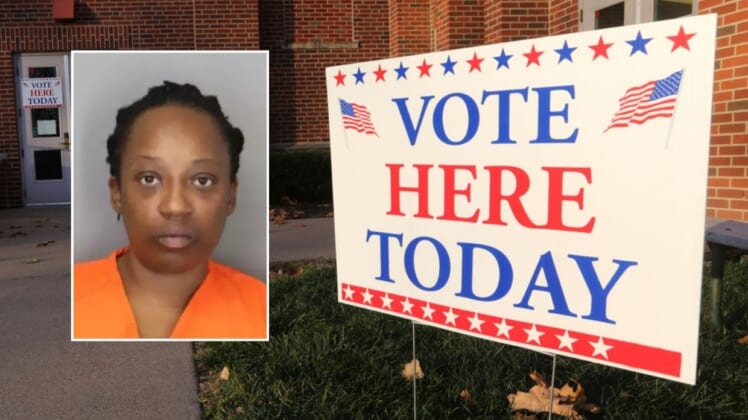 A Black Lives Matter founder in Memphis is facing several years — and then some — behind bars for illegally registering to vote.

Activist Pamela Moses was sentenced to spend six years and one day in prison for attempting to vote while under probation, according to prosecutors.

Moses was ineligible to vote after facing felonies and misdemeanor charges from 2015 that included tampering with evidence and forgery, perjury, stalking, theft under $500, and escape, Fox News reported.

She was sentenced to serve seven years of probation

“You tricked the probation department into giving you documents saying you were off probation,” Ward told Moses on Monday.

Moses is planning to appeal the sentencing, arguing she was under the impression that her voting rights had been restored when she tried to vote in 2019, according to The Post.

“I did not falsify anything. All I did was try to get my rights to vote back the way the people at the election commission told me and the way the clerk did,” Moses said during a hearing.