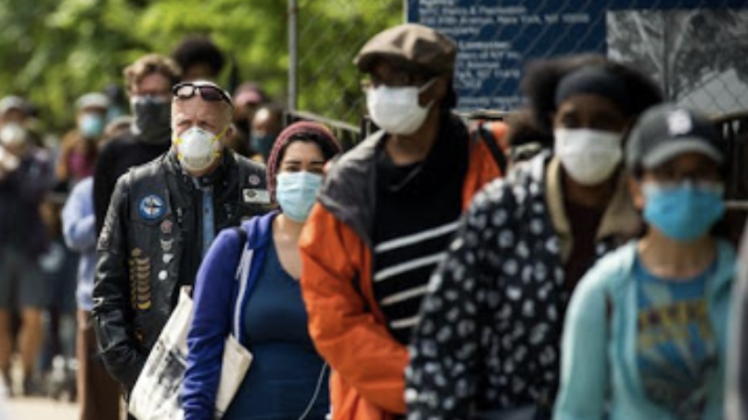 A New York lawmaker has introduced legislation that would allow the governor and other state officials the right to detain anyone who posed “an imminent and significant threat to the public health.”

Assemblyman N. Nick Perry, a Democrat, said the bill would allow state government to detain and remove any citizen who posed a threat during a “health emergency.”

This is straight up detention camp stuff in NY! A Bill giving @NYGovCuomo, Health Commissioner or any “designated” official full “power” to remove any person/group of people from their home if deemed contagious. It’s horrifying. Wake up NY & Fight! A416 https://t.co/mU2cWDm1oD

“Upon determining by clear and convincing evidence that the health of others is or may be endangered by a case, contact or carrier, or suspected case, contact or carrier of a contagious disease that, in the opinion of the governor, after consultation with the commissioner, may pose an imminent and significant threat to the public health resulting in severe morbidity or high mortality, the governor or his or her delegee, including, but not limited to the commissioner or the heads of local health departments, may order the removal and/or detention of such a person or of a group of such persons by issuing a single order, identifying such persons either by name or by a reasonably specific description of the individuals or group being detained,” the bill reads.

The Libertarian Party of New York was among the most outspoken critics of the proposed legislation.

“This bill offers a clear and direct path to unconstitutional and indefinite detainment, on the governor’s sole authority. No US state was ever meant to have a single person acting as judge and jury, without checks or balances; if this bill is allowed to pass, that is exactly what New York will have,” Anderson said in a statement.

Critics of the bill tied it to dystopian measures taken by local and state officials with regards to the China Virus, although earlier versions of the bill were introduced as far back as the 2015-2016 legislative session.

“[T]his bill was initially introduced to address public health concerns related to the containment of the Ebola virus after it was discovered that Ebola-infected persons had entered the United States,” Perry told Fox News in a statement. “I am an American who understands our Constitution is sacred, and provides us with the right to agree or disagree, and hold different positions on issues that may relate to our civil and constitutional rights.”

“There is no intent, no plan, or provisions in my bill to take away, or violate any rights, or liberties that all Americans are entitled to under our Constitution, either state or federal,” Perry continued.

If that’s the case, he should rescind the bill.

My statement on A.416. pic.twitter.com/0bIyGp9xFo

This is a bill up for consideration in New York State in regards to COVID-19.

Read every word of this and tell me what you think of it: pic.twitter.com/mCkwgwPemJ