OREGON HOMEOWNERS: “You Loot, We Shoot!” 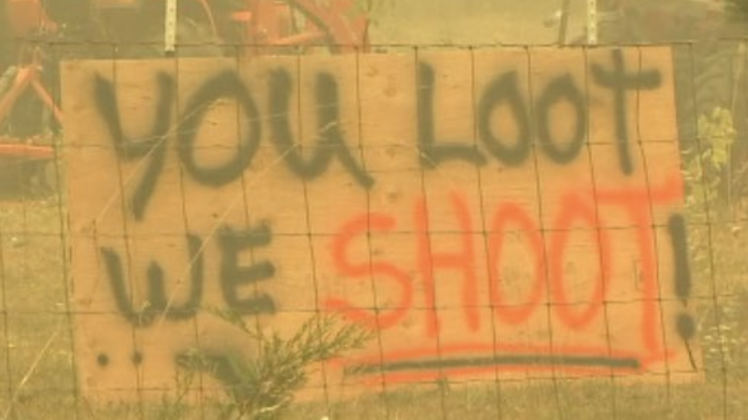 Homeowners in Oregon have a warning for would-be looters and arsonists: you will be shot on sight.

Thousands of residents have had to flee their homes and neighborhoods as massive wildfires threaten much of the state.

Unfortunately, looters are taking advantage of the state of emergency.

People posted signs threatening looters and arsonists. Some signs read, “Looters will be shot” and “Home and Armed U loot we shoot.”

And in some Oregon communities, residents are setting up roadblocks and checkpoints.

“Deputies have contacted several groups of residents in Corbett who have set up checkpoints and are stopping cars,” the Multnomah Sheriff’s Dept. wrote on Twitter. “While we understand their intent is to keep the community safe, it is never legal to block a public roadway or force other citizens to stop.”

A huge concern over the last 24 hours: looters. Take a look at these strongly worded signs…

We talked to people about protecting their properties and what they’re most worried about right now. Story tonight at 8PM on @fox12oregon. https://t.co/p4B3nX3j02