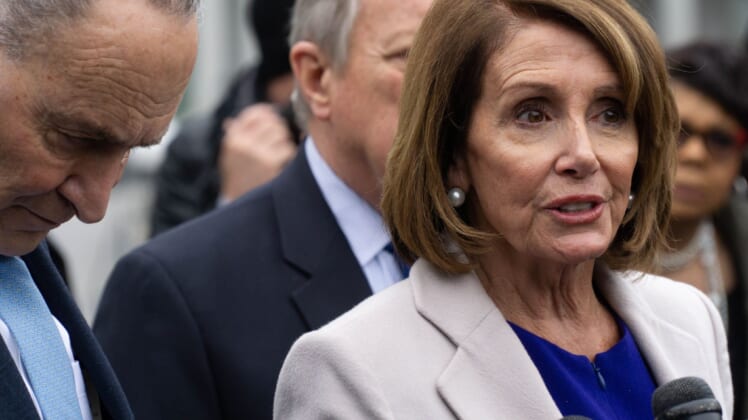 On the same day a man was arrested for attempting to murder Supreme Court Justice Brett Kavanaugh, House Democrats blocked a bill to provide the Justices with additional security.

According to Breitbart, the Senate passed the bill unanimously and House Republican leader Kevin McCarthy (R-CA) requested that the House bring the proposed legislation to a vote before adjourning on Wednesday.

“We have a duty to protect the court, the justices and their families from political violence and intimidation,” McCarthy said. “And we can meet that duty tonight before the House adjourns by sending this bill to the President’s desk.”

In a tweet on Wednesday, McCarthy wrote, “This passed unanimously in the Senate, yet Speaker Pelosi refuses to bring it up for a vote—despite today’s foiled plot to kill Justice Kavanaugh. Shameful.”

This passed unanimously in the Senate, yet Speaker Pelosi refuses to bring it up for a vote—despite today’s foiled plot to kill Justice Kavanaugh. Shameful. pic.twitter.com/W94z8xh90u

As Democrats neglect to protect the Justices, the Biden administration and members of Congress are encouraging the harassment currently being endured by the Justices of the Supreme Court.

“So I know that there’s an outrage right now, I guess, about protests that have been peaceful to date,” Jen Psaki, former White House Press Secretary said according to the New York Post.“And we certainly continue to encourage that outside of judges’ homes and that’s the president’s position.”

According to Newsweek, Democrat Senate Leader Chuck Schumer (D-NY), in a speech outside of the Supreme Court in 2020 said, “I want to tell you, Gorsuch, I want to tell you, Kavanaugh, you have released the whirlwind and you will pay the price, you won’t know what hit you if you go forward with these awful decisions.”

Like McCarthy, Senate Minority Leader Mitch McConnel (R-KY) was outraged by the Democrat’s inaction and rhetoric.

Fox News reported that after slamming his Democrat colleagues in the House on Wednesday, McConnel said, “No more fiddling around with this… They need to stop their multi-week blockade against the Supreme Court security bill and pass it before the sun sets today.”

The protests at the homes of the Supreme Court Justices come after a leaked draft opinion signals to the impending overturn of Roe v. Wade.