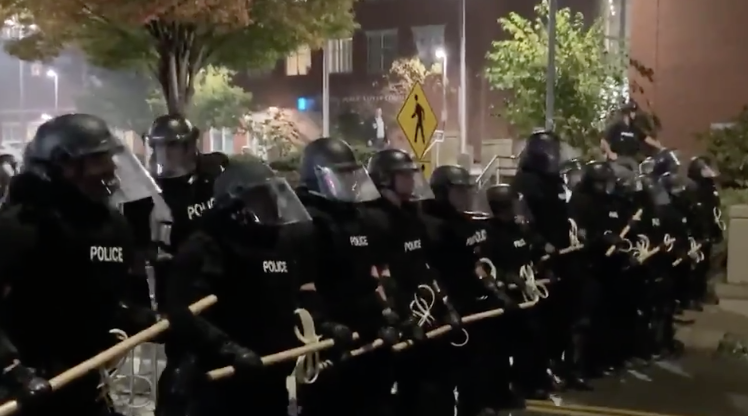 As many as 19 people were arrested following violent clashes with police in Providence, Rhode Island. The crowd is angry after a 24-year-old was involved in a moped crash with a police officer. The driver is in a coma.

Video shows a police cruiser slamming into the moped, but police urged citizens not to rush to judgment. Clearly, that request was ignored.

You can see in upper left-hand corner several objects hurled at police from protesters @ABC6 pic.twitter.com/NtVtgOPUrN

.@ABC6 crew there as man pulled out of vehicle and arrested several blocks away from PVD police department pic.twitter.com/5UKXhzCpe8

Chaotic scene as protesters and police continue to clash pic.twitter.com/Dj5QsWRm46