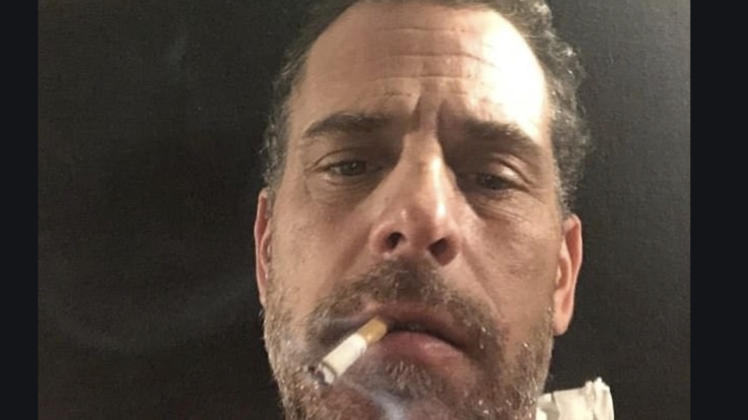 Former Vice President Joe Biden’s son is in hot water with the feds.

Hunter Biden announced that his taxes are being investigated by the U.S. Attorney’s Office in Delaware.

“I learned yesterday for the first time that the U.S. Attorney’s Office in Delaware advised my legal counsel, also yesterday, that they are investigating my tax affairs,” he said in a prepared statement.

A well-placed government source told Fox News that Hunter Biden is a subject/target of the grand jury investigation. According to the source, a “target” means that there is a “high probability that person committed a crime,” while a “subject” is someone you “don’t know for sure” has committed a crime.

Read Todd’s book on how to take back America from the Socialists. Click here.

“I take this matter very seriously but I am confident that a professional and objective review of these matters will demonstrate that I handled my affairs legally and appropriately, including with the benefit of professional tax advisors.”

The Biden team released their own statement condemning what they called “vicious attacks.”

“President-elect Biden is deeply proud of his son, who has fought through difficult challenges, including the vicious personal attacks of recent months, only to emerge stronger,” the statement read.

Sinclair Broadcast Group reported in October that Hunter Biden was under investigation, a story that was largely ignored by the left-wing mainstream media.

Fox News reported in October that the FBI had taken possession of a laptop belonging to Hunter Biden in connection to a money laundering investigation. Again, that story was largely ignored by the left-wing mainstream media.

CNN reported that they had reached out to the Biden camp this week for comment about this investigation, but they declined further comment.

CNN says the investigation into Hunter Biden paused before the election because of DOJ guidelines, but it’s continuing now with a focus on “whether Hunter Biden and associates violated tax and money laundering laws in business dealings in foreign countries, principally China.”

The investigation reportedly began “as early as 2018” and one source told CNN “some of those transactions involved people who the FBI believe sparked counterintelligence concerns, a common issue when dealing with Chinese business.”

It’s absolutely outrageous and inexcusable that the Biden investigation was kept under lock and key until after the election.