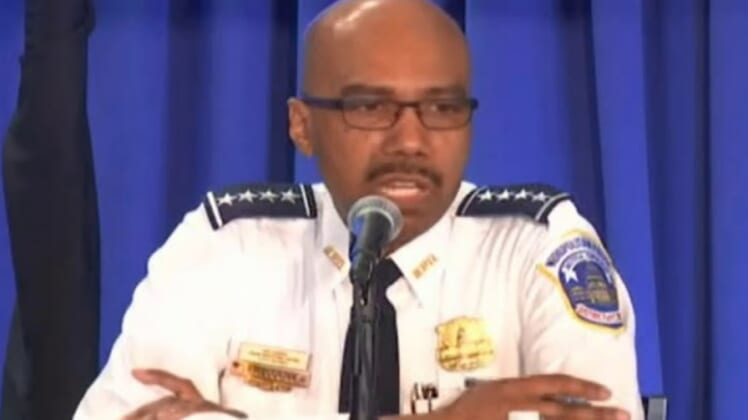 “The 15-year-old would not be charged as an adult. You know, obviously, this is a tragic case and, you know, charging this person as an adult [who’s] a juvenile … does not bring back the lost loved one in this case,” Contee told the FOX affiliate.

He added: “Certainly, again, the 15-year-old would not be eligible as a Title 16 case. You know, and it’s not really pointing fingers at anyone, the courts or anyone.”

Responding to the 13-year-old’s involvement, Contee told FOX 5 told it’s just “one of many” for the city.

Nationally syndicated radio host Todd Starnes, reacting to the chief’s comments, opined: “So clearly, the life of the legal immigrant did not matter.”

D.C. has seen a surge in carjackings over this year compared to 2020.