“THERE WAS NO RIOT!” Minneapolis Reporters Rebuke Police Chief for Using the Word “Riot” 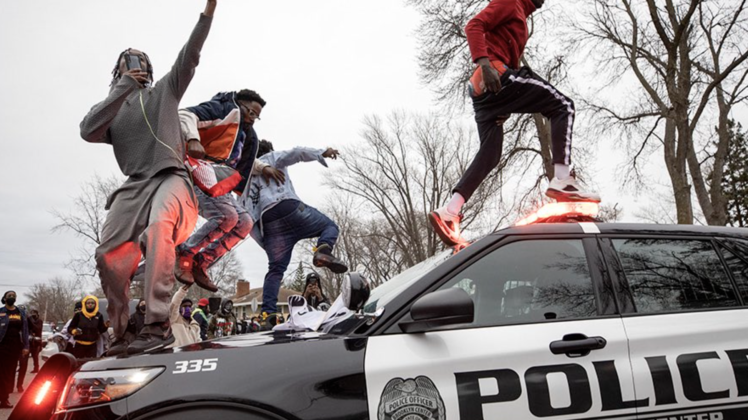 A number of journalists rebuked the police chief of Brooklyn Center, Minnesota after he referred to the weekend violence as riots. It was not so much a riot as it was an insurrection.

“I was front and center at the protest — at the riot,” Chief Tim Gannon told the angry crowd of reporters.

“There was no riot,” one woke journalist shot back.

Other reporters joined in and demanded to know why the police officers defended themselves against the violent crowd.

The police chief also said at least one officer was pelted with a brick and had to be taken to the hospital. Video from the scene shows another rioter attempting to throw a concrete slab at a cop.

“We could not allow our officers to be harmed,” the chief said.

Maybe the police chief should invite journalists to volunteer as human shields — standing between the police and the so-called “peaceful protesters.”

Brooklyn Center Police Chief Gannon: "I was front and center… at the riot."

Reporter: "There was no riot."

And when the violent mob starts throwing concrete slabs at the journalists — they will be among the loudest voices crying out to the police for safety and protection.

Our team has compiled videos from last night’s so-called peaceful protests. Watch and decide for yourself whether or not it was a riot.

Brooklyn Center, Minn.: BLM rioter who was about to throw a large chunk of concrete at police was hit with an impact munition. He falls to the ground in pain. #Minneapolis pic.twitter.com/Yj0ZkS3rkF

This is mostly peaceful night shopping without permission https://t.co/1wyeGp3RdF

The Brooklyn Center Walmart in Minnesota was broken into and looted in response to the BLM race rioting overnight after police shot dead a suspected gang member who was trying to escape a warrant arrest. #DaunteWright #Minneapolis pic.twitter.com/2s2At0sEFn