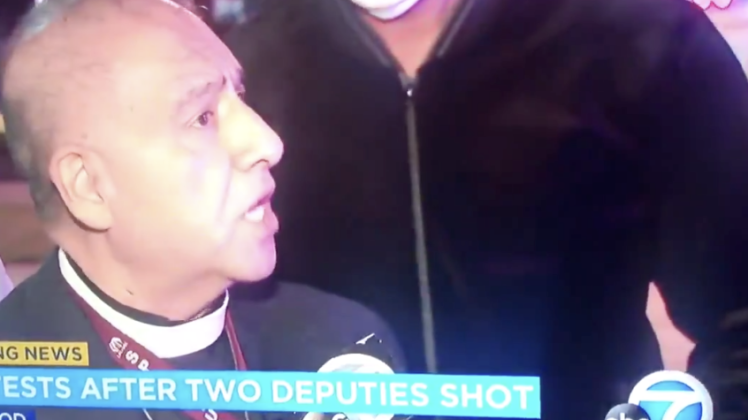 An untold number of protesters tried to storm the emergency room of a hospital where two Los Angeles County Sheriff’s deputies were being treated after they were ambushed in their patrol car.

The two officers were in extremely critical condition following the unprovoked attack.

President Trump weighed in on the heinous attack calling the attacker an animal.

“To the protesters blocking the entrance & exit of the HOSPITAL EMERGENCY ROOM yelling “We hope they die” referring to 2 LA Sheriff’s ambushed today in #Compton: DO NOT BLOCK EMERGENCY ENTRIES & EXITS TO THE HOSPITAL. People’s lives are at stake when ambulances can’t get through,” the sheriff’s department wrote on Twitter.

At least two people were arrested for disobeying police orders to leave the premises.

A priest witnessed the protesters trying to get inside the emergency room and called their behavior unacceptable.

“They were saying death to the police, kill the police – using all type of curse words and derogatory terms about the police,” he told ABC 7 News.

At the hospital where the officers are recovering from being shot. pic.twitter.com/4X9y37XEF4

ABC7 showing video of radio reporter being taken down to the pavement by officers, handcuffed and led to a patrol car outside of hospital where two #LA County deputies shot in ambush are being treated @LASDHQ #crime #SoCal pic.twitter.com/rTg1UdeDKA