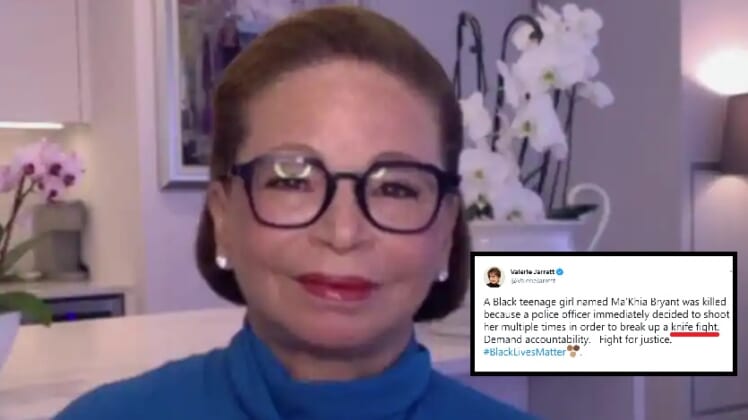 Valerie Jarrett, president of the Obama Foundation, is under fire on social media for her “knife fight” tweet.

The former senior adviser to President Barack Obama, tweeted Wednesday after the Columbus, Ohio police bodycam footage was released showing the teen girl, who was fatally shot, swinging a knife at another girl and refusing to put the knife down.

“A Black teenage girl named Ma’Khia Bryant was killed because a police officer immediately decided to shoot her multiple times in order to break up a knife fight. Demand accountability.   Fight for justice. #BlackLivesMatter.”

“So let me get this straight — Valerie Jarrett got triggered because a white cop saved the life of a black woman,” Starnes said.

Jarrett was dragged on social media for claiming it was a “knife fight.”