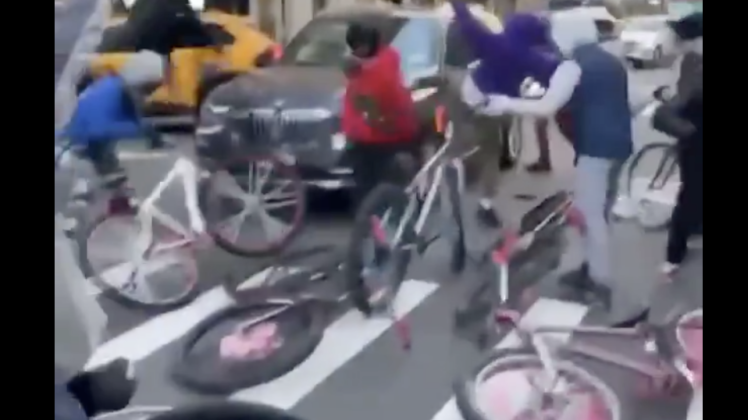 The elderly driver should be commended for not plowing through these wanna-be domestic terrorists.

What’s fascinating is that these miscreants were allowed to assemble in a large group without wearing face coverings or practicing social distancing. Why weren’t the police instructed to arrest them?

As Sen. Ted Cruz (R-TX) pointed out, “For a group this size outside in @BillDeBlasio‘s New York City, those rioters are lucky they weren’t Jews gathering to pray or mourn.”

Every law-abiding motorist in New York City should also be armed. That’s the only way to protect yourself from these predators.

And parents who raise their children to be wild beasts instead of of decent human beings should be prosecuted to the fullest extent of the law.