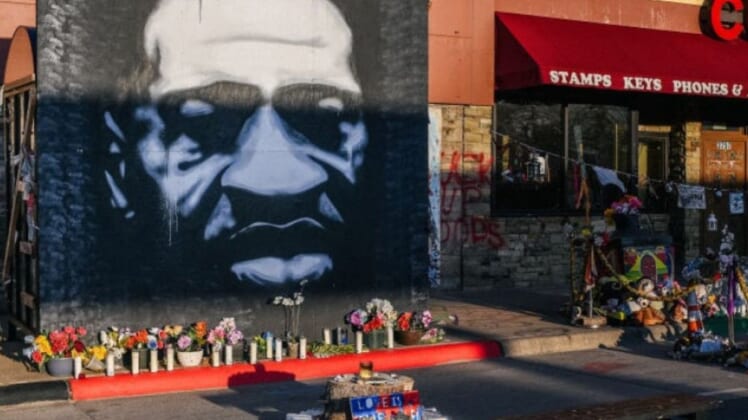 There are multiple reports of gunshots heard at George Floyd Square in Minneapolis Tuesday, one year after his killing at the hands of police.

On Tuesday morning at 10:09 a.m., the Minneapolis police department responded to the 3800 block of Elliott Avenue south on a report of the sound of shots fired.

Information received from callers was that a suspect vehicle was last seen leaving the area at a high rate of speed.

A short period of time later, an individual showed up at Abbott Northwestern Hospital suffering from a gunshot wound. The victim has been transported to Hennepin County Medical Center for treatment. It is believed that the injury is non-life-threatening.

“We heard a few dozens sounds of what appear to have been shots fired on this block,” tweeted Philip Crowther, showing video footage from the Associated Press. “Everyone sheltered in place. Lots of running. No apparent need for medics. Will update.”

“Consensus among reporters here at George Floyd Square was that we heard anywhere between a dozen and two dozen shots fired,” he wrote.