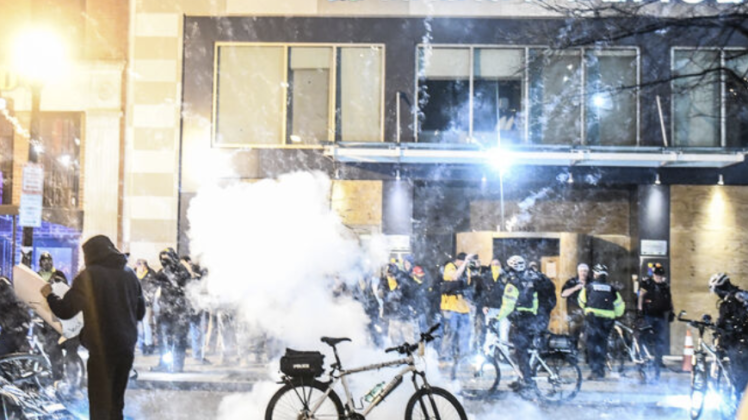 DEVELOPING STORY: There is significant violence in the streets of Washington, D.C. tonight as Antifa clashes with the police and Proud Boys. Many Trump supporters who were in town for today’s rallies were caught up in the melee.

There have been multiple injuries and local news reporters say several people were stabbed.

This is a developing story.

Reports of multiple people stabbed in the area of Harry's Restaurant on 11th Street NW.

Eyewitnesses told me the clash was between Trump and Anti-Trump supporters.

Harry's has served as a gathering spot for Trump supporters.

#Washington #DC
*potentially disturbing*
BREAKING:
Man down with a stabbing injury. Unknown assailant at this time. Police tending to victim.

DC: Brawl breaks out between Antifa/BLM and Trump Supporters in front of The Capitol Hilton Hotel

An Antifa militant can be seen smashing a megaphone over the head of a Trump Supporter #tatumreport #drewhernandez pic.twitter.com/dBAJ1VX3RX

DC: Antifa/BLM begin to lob explosive projectiles at Trump Supporters outside of their hotel

DC: as Antifa clash with police in BLM plaza, at least one officer was injured from projectiles, including bricks and rocks

#Washington #DC
*potentially disturbing*
Antifa demonstrators throw projectiles at officers that are retreating and force them out of the area, injuring some.

US Park Police officers are heading on horseback toward Freedom Plaza, where a large contingent of Trump supporters — and some Proud Boys mixed in — just marched past. #DCProtests pic.twitter.com/hUJmgXSCIZ

DC: massive brawl breaks out w/ claims of a stabbing (unconfirmed). At least one officer was involved in the fight