VIDEO: Woman Beats Up Carjacker, Telling Thug, “I’m Not in the Mood Tonight” 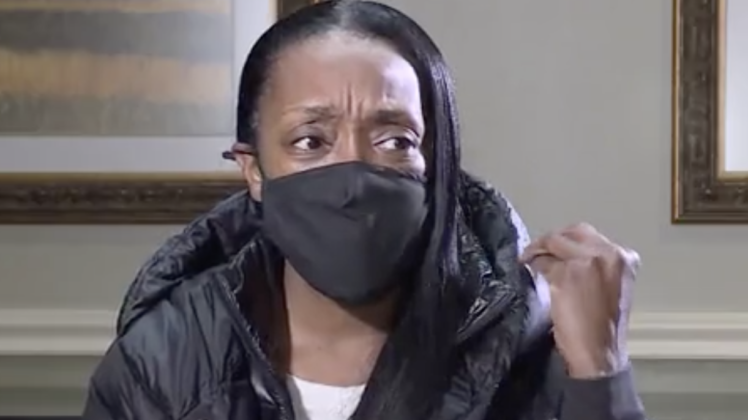 A Memphis woman fought back when a carjacker tried to steal her Honda while she was pumping gas at a Sam’s Club. It turns out the carjacker picked the wrong victim.

Memphis, a city that is firmly controlled by Democrats, is one of the deadliest cities in America. City leaders refuse to give police officers the tools they need to fight crime.

As a result, citizens must fend off the infestation of thugs and thugettes by themselves.

Benita Early, 54, told television station WREG she was at a Sam’s Club on Winchester Road when a Mercedes Benz pulled up alongside her car.

Surveillance video shows a young black man sneaking into the passenger’s side of the car. When he slid into the driver’s seat Ms. Early took action.

“I grabbed him, and I hit him in the head,” she told the television station. “He had some long dreads. So, I took my hand and grabbed the long dreads in one hand, and he was wearing a hoodie over his head. So, I pulled the hoodie and it started to rip. Then, I was able to get hold of him, and I grabbed him and threw him down to the ground.”

Police are still looking for the suspect. Aside from a sprained hand, she was not injured.

Unfortunately, it’s not the first time she’s been robbed – which is why she decided to fight back.

Good for you, Ms. Early! You are a brave woman and a great inspiration to other Memphians.

If our elected leaders will not protect the citizens of this great city will take matters into their own hands.