Watch as Thugs Steal Thousands of Dollars in Merch From Lowe’s – in Broad Daylight! 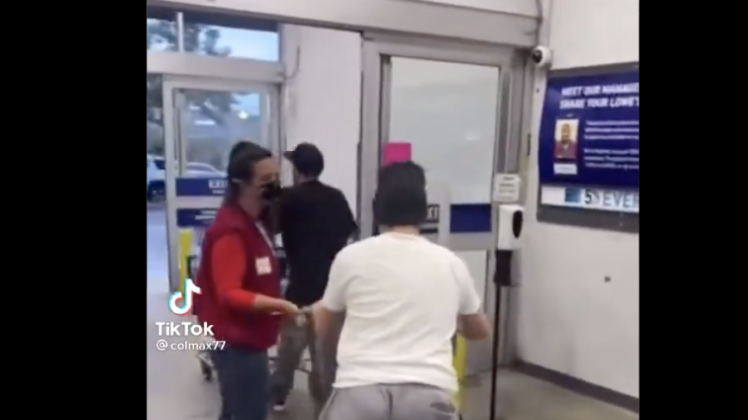 WARNING: DEMOCRATS WANT TO CRACK DOWN ON CONSERVATIVE NEWS AND CONTENT. I want to strongly urge you to sign up for Todd’s free newsletter. It’s your only lifeline to conservative news and commentary.  Click here to subscribe.

A pair of thugs loaded up shopping carts with thousands of dollars worth of equipment and walked out of a Lowe’s in Keizer, Oregon. Watch the video below.

“It was so blatant, that’s what riled me up,” eyewitness Andrew Sullivan told the Keizer Times. “They were just strolling through the parking lot, just riding the carts.”

Two employees were at the front door but did not stop the thieves from robbing the store blind.

So Sullivan pulled out his camera and videoed the entire crime. He even managed to film the getaway car’s license plate number.

“He went to get a sip of water, forgot to put the mask on. The teacher did not tell him to put it back on or send him to the office, she instead pulled him up in front of the classroom in front of all of the students and she then taped the mask across the top of his face,” the mother told the television station.

She said the teacher added a second layer of tape from the child’s nose to his forehead. When the child was summoned to the front office an administrator noticed the tape and became alarmed.

“I was furious, furious. I was scared for my son on what kind of long-term effect it is going to

Police spokesman Andrew Copeland told the newspaper that many criminals know they won’t be going to jail because of the reduction of prison population during the pandemic. One of the crimes that does not include jail time is shoplifting.

“Once you’ve stolen from Lowe’s once and know they can’t stop you, there’s no real consequence,” Copeland said. “Second thing is, these people know they can’t go to jail.”

Copeland told the newspaper in a case like this, the men would most likely be fined, cited and then released.

“In order for us to arrest someone, we have to have a victim. If Lowe’s chooses not to report it, we can’t do anything,” Copeland said.

This is why you should reconsider opening a business in a state or city that is run by pro-criminal, anti-cop Democrats.

2 people walk out of an Oregon Lowe’s with carts of stolen merchandise.
Employees look on and are unable to do anything. pic.twitter.com/bHBy1M8HVK