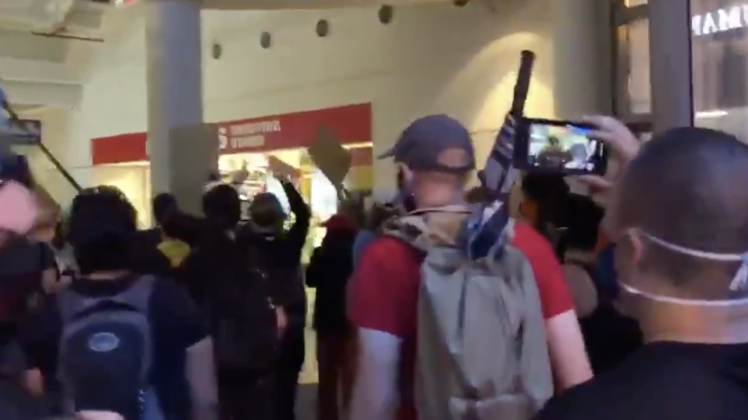 Targets around the nation have been hit by rioters in recent weeks – pillaged and plundered in the name of social justice. It did not appear that the DC Target had been looted.

CLICK HERE TO GET TODD’S EXPLOSIVE BOOK ON WHAT’S HAPPENING IN AMERICA. “CULTURE JIHAD: HOW TO STOP THE LEFT FROM KILLING A NATION.”

“Stop calling the police,” the BLM thugs chanted. “We will continue to shut your business down.”

“All black people, living around this neighborhood, because you prioritize money over people, until you stop calling the police, we will continue to shut your business,” they declared in exclusive video posted on Twitter by Drew Hernandez.

“I really would like to know why DC Police allowed BLM to trespass into a DC Target to make threats tonight with customers still inside,” Mr. Hernandez wrote on Twitter.

In other words, Black Lives Matter wants Target to stand down as these punk thugs loot their stores.

BLM to @Target “we will shut your buisness down” pic.twitter.com/jwP9jW5EjF

BLM has now entered a mini shopping center and Target in DC – no looting – they are protesting in Target now pic.twitter.com/Xz2KQ1SIBX