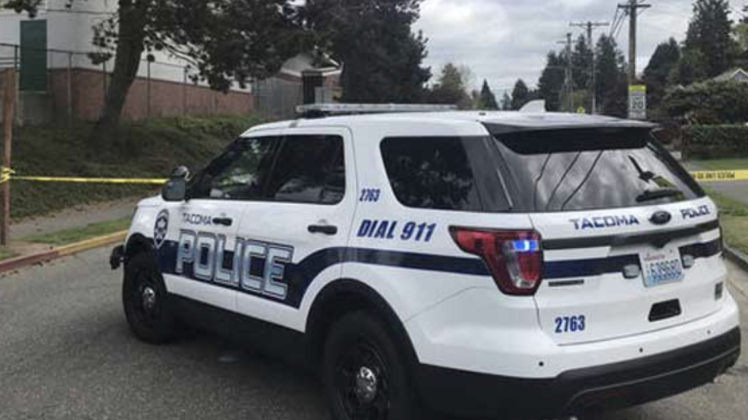 Sources told radio station KTTH that “the crowd was violently punching & kicking his vehicle so much that it was rocking back & forth. They surrounded the vehicle. He tried to back up but couldn’t… Some people were yelling to pull the cop out of the car.”

So the cop was surrounded, his car was being attacked and he did what any right-thinking American would do. He put the police cruiser in drive and hit the gas. So, what’s the problem?

Tacoma police spokeswoman, Officer Wendy Haddow, said the agency started receiving calls at 6:19 p.m. that a car was driving erratically and there were reports of street racing in the area.

“People hit the body of the police vehicle and its windows as the officer was stopped in the street,” the Tacoma police said. “The officer, fearing for his safety, tried to back up, but was unable to do so because of the crowd.”

Video from the scene shows the police car drive through a large crowd of people knocking several of them over, and completely running over one person, QFox13 reports.

“I am concerned that our department is experiencing another use of deadly force incident. I send my thoughts to anyone who was injured in tonight’s event, and am committed to our Department’s full cooperating in the independent investigation and to assess the actions of the department’s response during the incident.”