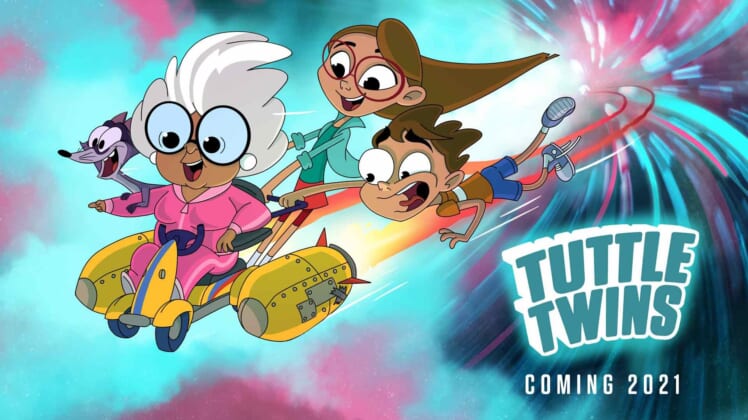 The “Tuttle Twins” children’s book series is combatting socialism pushed on young children in public schools. Instead, it teaches kids about freedom, economics, and government in a fun way.

And now they’re turning it into a cartoon series, Daniel Harmon, who is spearheading the crowdfunding project, told the Todd Starnes Radio Show Tuesday.

“The Tuttle Twin book series itself is born out of a need for…parents being able to teach their kids about these principles of freedom that aren’t being taught in [school] anymore,” Harmon explained.

“Kids were basically being warmed up to socialism…that it’s government’s role to do all these things…not just protecting rights, but providing needs and wants,” Harmon said, adding that parents need good resources to teach kids about their rights.

He said they’ve raised over $1.7 million so far, breaking the crowdfunding record for a children’s series, but they still need about $1 million to finish the first season of the show.

Unlike other projects, anyone who supports the film is an investor, Harmon said could get money back if it is successful.

“You guys are doing some great work out there!” Starnes said. “This is an opportunity for us to get involved and teach that next generation of young Americans what it means to be an American.”

For more on the Tuttle Twin TV Series or to invest in the project, click here.

LISTEN TO THE FULL INTERVIEW ON THE TODDCAST PODCAST BEGINNING AT 77:35: