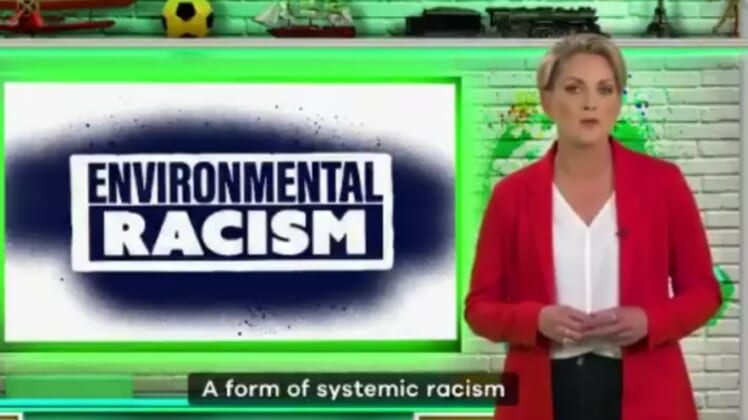 Nickelodeon is under fire for airing a video about the environmental racism of “pig farming.”

In the “Nick News” clip, Yuccas focuses on filth faced by those who live without white privilege.

“There’s plenty of pollution to go ’round — soot in Pahokee, Florida; oil refineries in Louisiana; and “air so toxic in New York’s South Bronx that 20% of children have asthma.”

The video also featured Duplin, North Carolina , resident Fionia who “moved away…as soon as she could.”

“It’s a small town, and there’s a farm on almost every corner. … Sometimes, the air quality would be so bad…we would have to strictly play in the house. And that was due to the hog farms spraying feces in the fields.”

Yuccas explained that “environmental racism has never been more devastating and harmful than in Duplin, North Carolina, where — believe it or not — the number of hogs outnumber the number of residents.”

The video’s conclusion was that companies put their hog farms in areas that are mainly poor areas with black people and Hispanic people. Therefore it is environmental racism.

As of now, Nickelodeon has turned off replies to their video on environmental racism.

Nationally syndicated radio host Todd Starnes called it “outrageous,” telling listeners not to be surprised if they say a BLT is “racist” in the near future.

“The bacon, the lettuce and the tomato all come from a farm – so in Nickelodeon’s twisted logic – the BLT is racist,” Starnes said.

Several said they will never watch Nickelodeon again after the segment.

“I remember the good old days when Nickelodeon brought equality to the world by dumping green slime on anyone who professed their ignorance,” wrote a critic.

Watch the Todd Starnes Radio Show weekdays from 12 p.m. to 3 p.m. on YouTube.