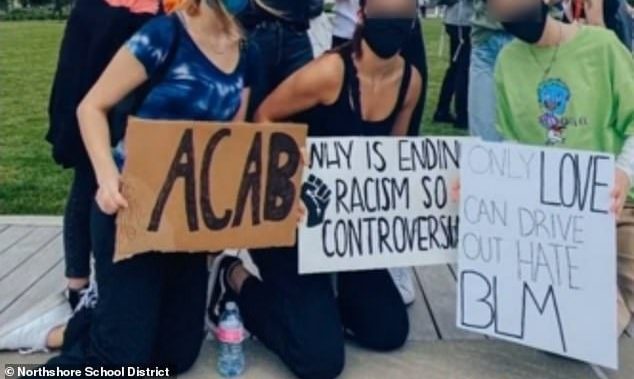 School yearbooks have become a place for political statements. The latest yearbook under fire for its political stance features a girl holding a sign reading “ACAB,” which stands for “All Cops Are Bastards.”

Of course, the most controversial sign displayed the acronym “ACAB” — “All Cops Are Bastard,” the rallying cry of the “Defund the Police” movement and Antifa.

Conservative Seattle talk show host Jason Rantz reported the photo was also featured in a video collage at the schools during graduation ceremonies. Reports say parents and student connected to law enforcement pressed the school on how the image’s inclusion.

A spokesperson for the School District said to Rants that yearbook staffers did not understand what the controversial acronym meant.

The Bonney Lake High School yearbook featured a section devoted to BLM, which it titled “The Protests that Changed the World.” The New York Post reports the page included a brief timeline of significant events in the movement, followed by a line directing readers to donate to the BLM website.

The opposite page shows a drawing called “Liberty and Justice for All,” which shows a riot police officer raising his baton to strike a kneeling black woman while a white woman attempts to protect her.

A spokesperson for the school district told Rants in an email the donation solicitation should not have been included in the yearbook but defended the rest of its content.