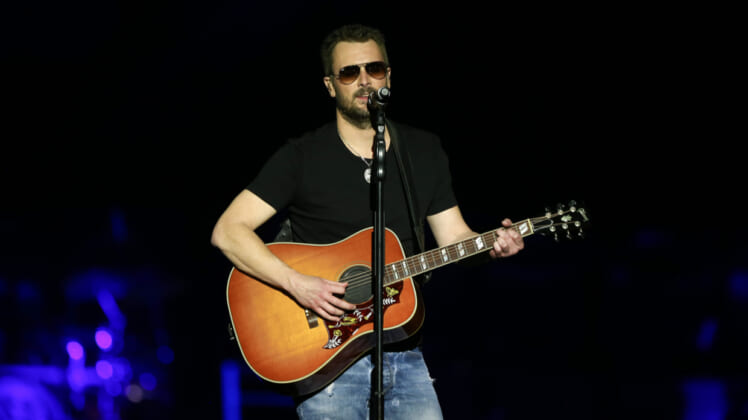 Country music star Eric Church’s fans are dunking on him for the “most selfish thing” he’s ever asked them to do.

Saturday’s concert at the AT&T Center in San Antonio was canceled in an email sent to the “Church Choir” on Tuesday.

The reason? So Church could attend the NCAA Men’s Final Four in New Orleans to watch North Carolina play Duke.

“This Saturday, my family and I are going to stand together to cheer on the Tar Heels as the team has made it to the Final Four. As a lifelong Carolina basketball fan, I’ve watched Carolina and Duke battle over the year but to have them matchup in the Final Four for the first time in history of the NCAA Tournament is any sports enthusiast’s dream,” he said.

“This is also the most selfish thing I’ve ever asked the Choir to do: to give up your Saturday night plans with us so that I can have this moment with my family and sports community,” he added. “However, it’s that same type of passion felt by the people who fill the seats at our concerts that makes us want to be part of a crowd at a game of this significance.”

Church signed off with a quote from Woody Durham “Go where you go and do what you do,” thanks for letting me go here and be with the Tar Heels.”

Fans were not excited about his last-minute day off.

A couple that flew in from Canada for a birthday was upset: “With that in mind, imagine how your North Carolina basketball excuse reads to us! We’re in shock you’d be this selfish.”

“He really might be the biggest douche bag in America,” one user said.

Join AMAC – an incredible organization for Conservatives – fighting for our values in Washington, D.C. Click here to read more about AMAC!

Marcy Talamantez, a San Antonio resident, called it a slap in the face.

“How dare him? Many people such as myself purchased tickets almost a year ago,” said Marcy Talamantez. “It’s absurd because if he’s that type of basketball fan and he knew it’s the Final Four, he should have not scheduled a concert during that time.”

She added: “I would never spend another dime to see him.”