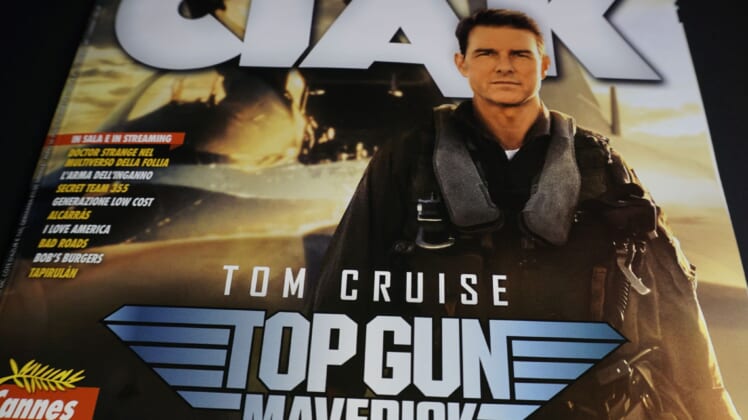 The Patriot Project reports, “According to Box Office Mojo, “Maverick” has garnered over $583 million worldwide in ticket sales as of Thursday, surpassing “American Sniper’s” total haul of approximately $547 million.”

According to Military.com, “American Sniper” made 350 million domestically compared with Maverick’s 322 million in the U.S. However, the Tom Cruise film is expected to shatter that record too in the upcoming week.

Conservatives are attributing the film’s success to its anti-woke, pro America, masculine messaging, and they claim Democrats should be worried about what its success means for the November midterm elections.

“This is by far the biggest warning of all for mealy-mouthed politicians and feckless weasels of all stripes everywhere — RINOs, Democrats, and Socialists — that in November, it’s American pride that will be returning,” Conservative TV host Steve Gruber said on Real America’s Voice on Wednesday evening.

“There is just sort of a baseline patriotism about the film,” Ben Shapiro said on his famous podcast. “The film itself is pretty red, white, and blue, and that’s just assumed as the backdrop which is the way movies used to be so it has a real throwback feel.”

Additionally, Meghan McCain called the film a “wake up call for Hollywood.” The former host of The View and daughter of late Sen. John McCain continued, “Americans want movies that make them feel good about their country, but if Tinseltown stays woke, they’ll go broke.”