Pop Singer Comes Out as ‘God’ 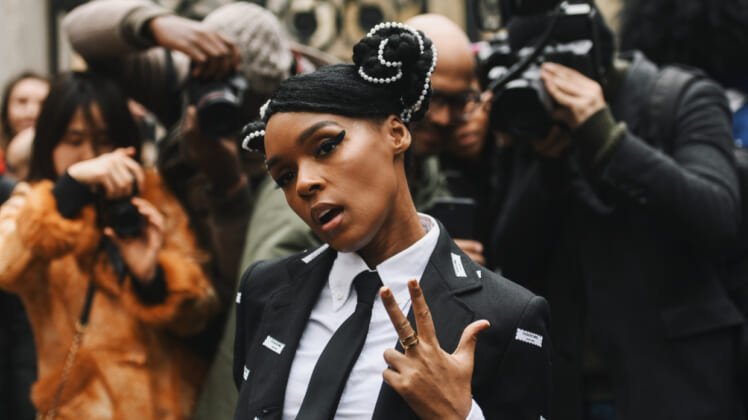 Singer and actress Janelle Monáe was discussing her new sci-fi book, “The Memory Librarian: And Other Stories of Dirty Computer.”

JOIN TODD AND STAND ALONGSIDE A GROUP OF HIGH SCHOOL GIRLS WHO WERE BANNED FROM WEARING SHIRTS THAT CALLED FOR PRAYERS FOR UKRAINE. CLICK HERE TO BUY A “PRAY FOR UKRAINE T-SHIRT.”

Although the Bible says that God created humans “male” and female,” it appears the “I Like That” singer thinks she is God herself.

She told the Los Angeles Times her pronouns are “free-ass m— and they/them, her/she.”

Monáe previously came out as pansexual.

Willow Smith, Pinkett Smith’s daughter, asked her what motivated her to come out publicly.

“If you don’t work out the things that you need to work out first with the world, you’ll be working it out with the world,” Monáe said. “I know who I am. I’ve been playing a version of some parts of me, but now I’m owning all of me.”