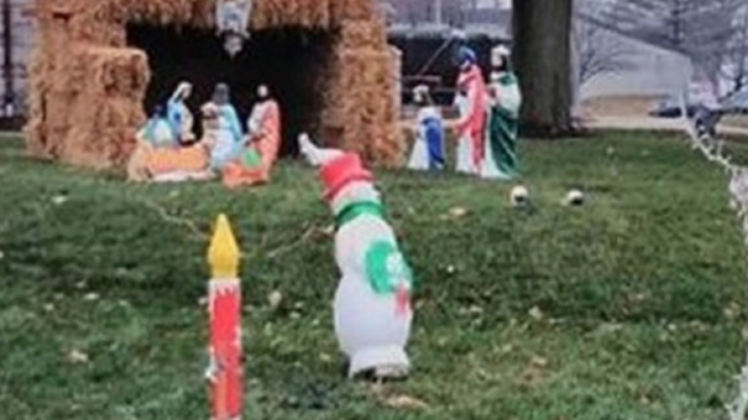 The War on Christmas started early this year. The first shots fired in Fulton County, Indiana.

The American Civil Liberties Union has filed a lawsuit – they want a Nativity Scene removed from the lawn of the county courthouse.

It’s been a part of the county’s holiday tradition since 1980 – installed every year by the Optimist Club.

The Christmas display also included Santa and a snow man.

According to the lawsuit, Roger LaMunion suffered harm and got triggered after he came across the Baby Jesus.

The ACLU says the inclusion of the Christ Child make sthe display unconstitutional.

“Publicly sponsored Nativity scenes on public property are constitutional, especially when the display includes other secular symbols of the holiday. This Christmas display in Fulton County is no exception. Every year, the ACLU unsuccessfully attempts to prove that is the wrong on the law,” said Liberty Counsel founder Mat Staver.