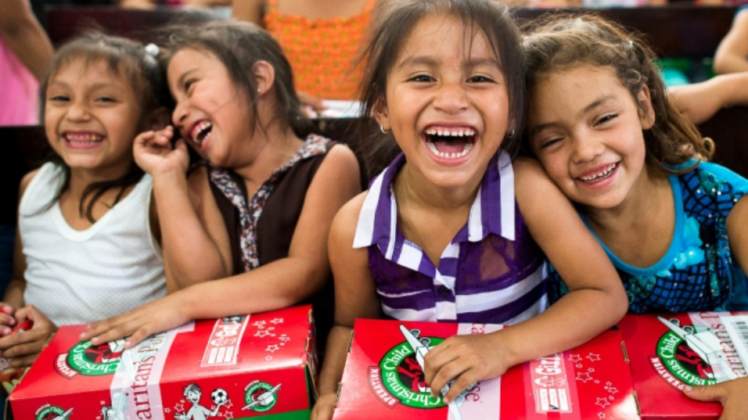 The atheists have declared war on Operation Christmas Child – the Christian charity run by Samaritan’s Purse.

Thanks to Operation Christmas Child millions of children around the world will get a shoe box filled with toys, school supplies and personal hygiene products. All done in the name of the Lord.

Boys and girls at Liberty Middle School in Pratt, Kansas were more than excited to join the effort – but a concerned staff member got triggered and contacted the Freedom From Religion Foundation.

The FFRF is a Wisconsin-based gang of atheists and agnostics who are on a mission to root God out of public schools and secularize the meaning of Christmas.

When they got word that Liberty Middle School wanted to help poor children – they demanded that the school sever ties with Operation Christmas Child.

“We write to ensure that the District takes immediate action to cease promoting and endorsing Christianity in its schools,” the godless atheists wrote in a letter to the school.

“While it is laudable for a public school to promote student involvement in the community by volunteering and donating to charitable organizations, the school cannot use that goal as an avenue to fund a religious organization with a religious mission,” an attorney for the heathen group wrote. “Certainly, there are other secular non-profit organizations that offer charitable opportunities.”

And faster than you could say jingle bells – the school surrendered to the godless Grinches.

The reality is that somewhere in this world a child will wake up on Christmas morning without anything under the tree – thanks to a bunch of angry atheists from Wisconsin.