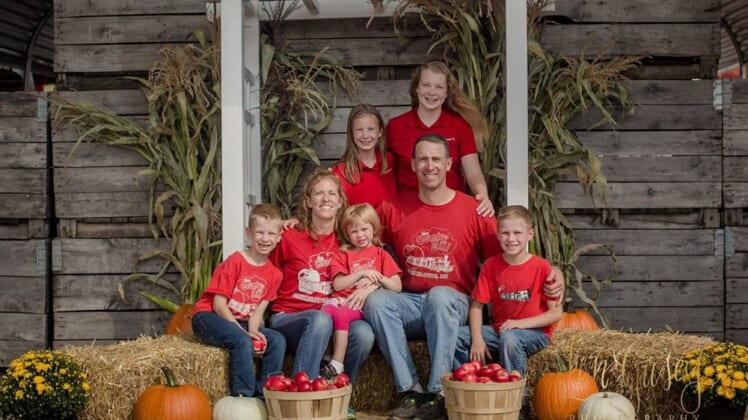 A federal judge will decide if a Michigan farm owned by a Catholic military veteran will be allowed to sell their apples at a city-owned farmer’s market.

In 2016 Steve and Bridget Tennes, devout Catholics and military veterans, were banned from the East Lansing Farmer’s Market because of their religious beliefs regarding marriage. I write extensively about the case in my upcoming book, “Culture Jihad: How to Stop the Left From Killing a Nation.”

“Our mission on our farm is to glorify God by facilitating family fun on the farm and feeding families,” Steve told me on my nationally-syndicated radio program. “I was born and raised on this farm. My wife and I left the military to come back to the farm and raise our six children here. They are involved in everything we do.”

They had been asked via Facebook whether they would host a same-sex marriage at Country Mill Farms. The Tennes family declined citing their belief that marriage is between one man and one woman.

“It doesn’t have anything to do with their religious beliefs,” Mayor Mark Meadows told the Lansing State Journal. “Country Mill is a corporation. It is not an individual. The last time I heard it doesn’t have religious activities.”

First, the city kicked the farmers out of the farmers market and then they crafted a policy that would keep them out permanently.

A federal judge ordered the city to temporarily reverse its decision and now the farmers are asking for a permanent injunction allowing them to return to the market.

“We realized that we had to stand up not just for us and for our children, but for those people out there that feel threatened by these bullies,” Steve said on my radio show.

Understand this – the Tennes family did not go looking for a fight. The fight came to their family farm.

Alliance Defending Freedom, the law firm representing the Tennes family, said the farmers serve everyone. However, there are some events they refuse to host.

“They don’t host bachelor or bachelorette parties,” ADF attorney John Bursh told me. “They don’t host the scary haunted house-type corn mazes and they can’t participate in same-sex marriage because that violates their Catholic religious beliefs.”

“Government officials, from the mayor to the city council to the city manager, have publicly called Catholic marriage beliefs ridiculous,” Bursh said.

The attorney said there’s no question that one of the city’s motivations was to change the family’s religious beliefs and have them fall in line with the city’s orthodoxy.

He said the city actually objected when the Michigan Catholic Conference filed a friend of the court brief to explain Catholic teachings on marriage.

“The city opposed the submission. They didn’t want the federal court to even consider the Catholic Church’s own view of this situation,” Bursh said. “It’s nothing but targeting and hostility.”

Tennes said they have been thankful for the legal support provided by ADF.

“We’ve really been blessed by Alliance Defending Freedom helping us stand up for what’s right so we as Americans don’t have to live in fear that the government is going to punish us simply for stating our beliefs.”