Coach Reprimanded for Taking a Knee — to Pray! 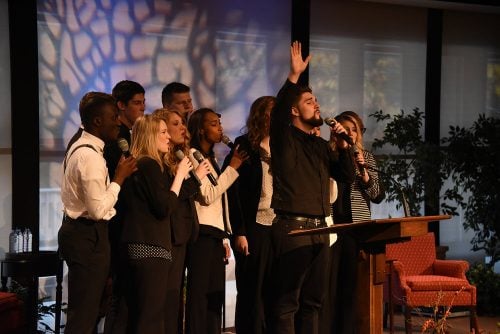 A beloved Florida middle school coach was reprimanded for taking a knee during a student-led prayer on the football field.

But according to the Wakulla County School Board, that act of reverence is against the law.

“That’s not allowable under the law,” Superintendent Robert Pearce told television station WCTV. “The coach may not participate in the prayer.”

I wonder if the school district would’ve made a fuss if the middle school coach had taken a knee to protest the national anthem. I reached out to the superintendent hoping to get an answer to that question – but so far he hasn’t returned my messages.

Not only was Coach Metcalf forbidden from participating in the prayer, he was not even allowed to give any public indication he was praying.

“He may not kneel with the players,” the superintendent told the television station. “He may not put his hands on the players during the prayer. What we want our coaches to do – and what most people have survived with in regards to meeting the letter of the law – is to have separation from the players – two to three steps.”

The controversy started in November when the Freedom From Religion Foundation found a Facebook video of Coach Metcalf taking a knee after a football game.

The FFRF is a group of perpetually offended atheists, agnostics and free-thinkers from Wisconsin who apparently troll Facebook preying on small towns and school districts. They are very unpleasant people.

“Coach Metcalf’s conduct is unconstitutional because he endorses and promotes his religion when acting in his official capacity as a school district employee,” FFRF attorney Andrew Seidel wrote in a letter to the school district.

They alleged that a middle school football coach who takes a knee with his team to pray is a “serious and flagrant violation of the First Amendment.”

As a result of the FFRF’s letter, the school district launched an investigation and determined the coach was guilty of bowing his head and taking a knee.

WCTV reports the coach was served with a “Letter of Professional Guidance” – and warned he would be disciplined if it happens again.

In other words, it was a slap on the wrist.

But the school district’s actions clearly demonstrate that the Wakulla County Schools is hostile to people of faith.

Coach Metcalf is not speaking publicly about the incident, but many of his friends are outraged.

“It’s infuriating,” Jeremy Smith told me. “Eddie was not preaching or teaching or proselytizing or evangelizing. He was reverently nodding his head.”

Smith and Metcalf are longtime friends and attend the same church. He said the coach is just a good man who cares about his players.

“This coach has poured his life into this town,” Smith said. “When you hear about men among men – he is that kind of man.”

Smith and many others in the community are organizing a group to defend the coach and send a message to the school district. They want the prayer policy changed.

“We are not asking the school to teach Christianity or Islam or Buddhism,” Smith told me. “But if a Christian wants to take a knee with students, they should take a knee.”

This sounds like a job for a religious liberty law firm like First Liberty Institute or Alliance Defending freedom!

In the meantime, maybe Wakulla County Emergency Management could sound warning sirens so the coaching staff could have advance notice that their players are about to pray? That way, the adults would have time to insert emergency ear plugs and evacuate to a designated “Intercessory Safe Space” out of ear-shot of the prayers?