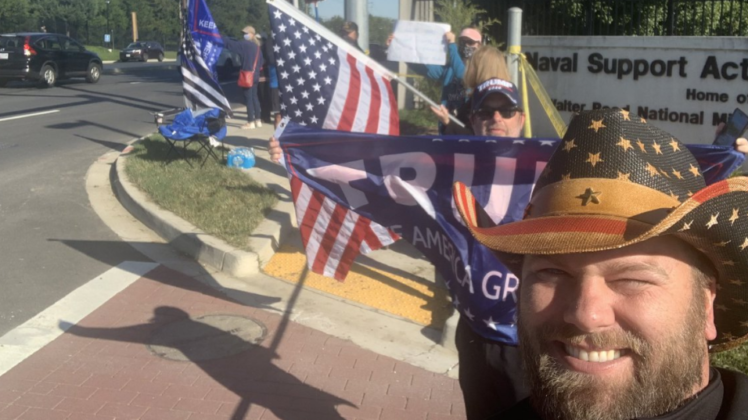 Dozens of patriots gathered overnight outside Walter Reed to cheer up President Trump. Our team has compiled video and photos below. The supporters waved flags and prayed.

At one point White House Chief of Staff Mark Meadows came outside to greet the patriots and presented them with chocolate candies.

“This is the kind of president we have. He’s in the hospital with COVID. He sends me out to give Trump chocolate kiss to them as a ‘thank you’ for the love and support they are sending his way,” television host Laura Ingraham said, reading a message from Meadows.

When asked how the president was doing Meadows responded to the crowd, “He’s doing well. He’s in good spirits. He loves America.”

“We’re praying for him and the First Lady,” one well-wisher said.

Pray for our president!

This will make your night.

President @realDonaldTrump saw his supporters on tv wishing him well outside Walter Reed & had his Chief of Staff Mark Meadows give them chocolates & thank them for their love & support. pic.twitter.com/JuQQ3If73v

Most loyal supporters in the world. pic.twitter.com/AR4F5oewMH