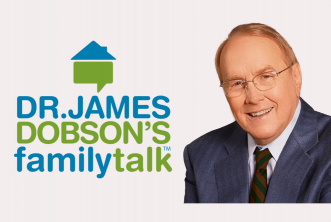 Dr. James Dobson, the host of Family Talk and one of the nation’s most respected Evangelical leaders, joined The Todd Starnes Show last week and voiced his increasing concern of the direction of the country, especially in regards to the continual decline of the family.

“Everything that matters, everything of value, sits on the foundation of the family,” Dobson said.  “The institution of marriage and parenthood underlies everything that is good about what we believe in, yet since the ‘70s, and certainly up to now, there is this effort to redefine marriage and to undermine what it means to raise children.”

Dobson said that while he was a professor of pediatrics at the USC School of Medicine, he saw “the roots of a movement to undermine the institution of the family, and nearly everything else I cared about.”

The Family Talk host said that the attack “came from liberal ideology” and although it can be traced as far back as the ‘70s and ‘80s, the left-wing movement has “reached a fever pitch that has brought hatred for everything that made this country great.”

“I am deeply concerned about it,” the doctor said.

In a real example of undermining “what it means to raise children,” Dobson related how children in a California school district, aged seven to ten, were subjected to a questionnaire that asked them numerous questions about their sexuality, including if they ever “think about touching someone else’s private parts.”

Dobson said that the parents of the children sued in both federal and district court, but lost the initial ruling, as well as as an appeal to the Ninth Circuit.

“I don’t know what has happened since then, and I hope that’s going to go to the Supreme Court if it hasn’t already,” Dobson said. “But it illustrates the fact that the school districts want to gain control.”

Dobson shared a surprising statistic, that voter turnout among Christians is abysmal —  less than 50 percent.

“Many of us agree completely with what you and I are talking about,” Dobson told Fox Radio’s Starnes, “but they’re too lazy, or they think politics is dirty, or who knows what their motivation is.”

Dobson expressed alarm at the increasing positive opinion toward socialism among Americans, noting that the economic model had “never worked anywhere in history,” and is a “disaster.”


Editor’s Note: Social media is cracking down on Conservative content. To ensure you receive conservative and faith-based news items – click here for a free subscription to Todd’s newsletter.