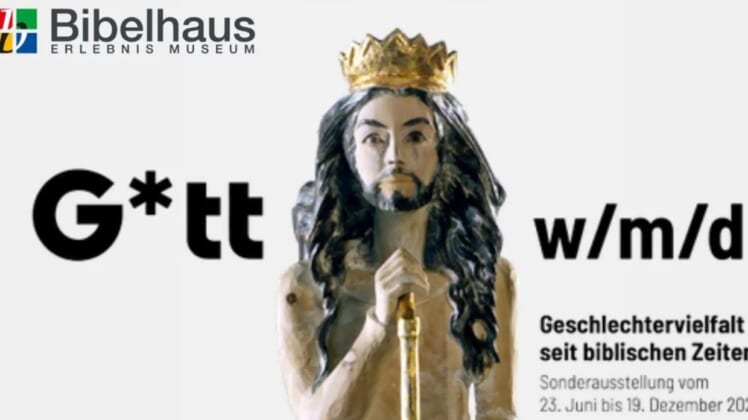 Bibelhaus, a Bible museum in Frankfurt, Germany, hosted “The Gospel According to Jesus, Queen of Heaven” on Wednesday, a play that claims Jesus was a male who identified as female.

“Any suggestion that Jesus Christ is transgender is not only false, it’s just sick,” the president of Samaritan’s Purse and the Billy Graham Evangelistic Association told Fox News. “This is simply man trying to bring God down to his own level.”

The controversial play was written by English transgender author Jo Clifford, a biological male who identifies as a woman, reimagining Jesus as trans. This was the first time it was performed in German.

“Fortunately, we don’t have to wonder who Jesus Christ is because God tells us Himself in the Bible,” Graham explained. “When God sent His Son on a rescue mission to earth to save us from our sins, He chose to come to us as a man, Jesus Christ.”

Despite the museum’s LGBTQ-themed exhibit and play that questions Christ’s gender identity, Graham said the Bible only refers to him as a male.

“The Bible doesn’t leave any confusion or uncertainty over how God has revealed Himself to us,” Graham concluded. “This is why any effort to describe Jesus Christ as transgender must be condemned as a profane perversion of the Scriptures.”

CLIFFORD DISCUSSES THE PLAY IN THE CLIP BELOW: