Gorsuch: There’s No World in Which the Constitution Tolerates Opening Liquor Stores But Closing Churches 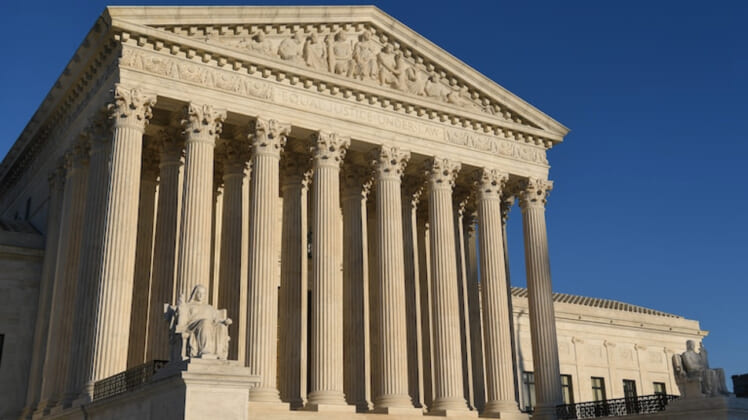 The Supreme Court delivered a massive win for religious liberty and a scathing rebuke of New York Governor Andrew Cuomo after he ordered Christians and Jews to shutter their houses of worship during the global pandemic.

The 5-4 ruling was in response to a request for an emergency injunction by the Roman Catholic Diocese of Brooklyn and the Agudath Israel of America, an Orthodox Jewish group, against restrictions limiting services to ten people in some areas and 25 people in others.

“It is time — past time — to make plain that, while the pandemic poses many grave challenges, there is no world in which the Constitution tolerates color-coded executive edicts that reopen liquor stores and bike shops but shutter churches, synagogues and mosques,” Justice Neil Gorsuch wrote.

Make no mistake about what would have happened had Hillary Clinton been elected president in 2016. The Supreme Court would’ve overwhelmingly ruled that governors have the right to shut down houses of worship.

Christians and Jews should be thanking God every day for delivering us from such evil by putting President Trump in the White House.

He promised to defend religious liberty and he delivered on that promise by revolutionizing the federal court system. Promises made, promises kept.

First Liberty Institute filed a brief supporting both the Catholic church and the synagogue. Founder Kelly Shackelford praised the ruling.

“The Supreme Court has recognized rightly that our constitutionally protected rights are not suspended during a pandemic,” Shackelford said. “Religious freedom is our First Freedom and one of our most fundamental rights as Americans. Treating it like a second class right was offensive, foolish and unconstitutional. Government officials may not abuse their emergency powers to discriminate against Americans of faith.”

Gorsuch said Cuomo had discriminated against people of faith.

“In his judgment laundry and liquor, travel and tools are all ‘essential’ while traditional religious exercises are not,” Gorsuch wrote in his concurring opinion. “That is exactly the kind of discrimination the First Amendment forbids.”

In other words, Gorsuch wrote, “according to the governor, it may be unsafe to go to church, but it is always fine to pick up another bottle of wine, shop for a new bike, or spend the afternoon exploring your distal points and meridians.”

“Who knew public health would so perfectly align with secular convenience,” the justice wrote.