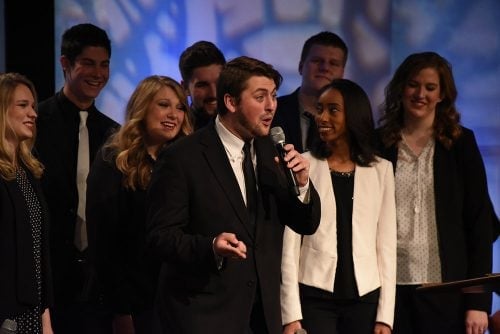 Residents at an affordable housing complex for low-income renters were ordered to remove Nativity scenes and other religious symbols from public areas, the Joplin Globe reports.

“It was like somebody brought in a vacuum cleaner and sucked the joy out,” resident Linda Hopper told the newspaper.

Click here for a FREE subscription to Todd’s newsletter: a must-read for conservatives!

Mercy Village is owned by Mercy Housing Inc., a Denver-based nonprofit. A spokesperson for the company blamed the Fair Housing Act for evicting the Baby Jesus.

“Because of the way the Fair Housing rules work, any decorations have to be religion neutral (in shared spaces),” spokesperson Kate Peterson said in a statement to the newspaper. “So Mercy Housing, as most other property owners, does not allow religiously themed decorations in the common areas at any time of the year.”

How about a Happy Birthday, Jesus banner? That’s a no-no. A cross? You can just take down that cross and keep on walking. The Three Wise Men? Restraining order. You get the point.

Residents had done a wonderful job turning the second-floor public area of the complex into a festive Christmas show piece. The Globe report indicates there was a Christmas tree with a star, candles, a Santa figurine and a Nativity scene.

“It just felt very welcoming and festive,” Ms. Hopper told the newspaper. “We need places like that. We need to see beauty and peace; we need to have that tradition followed.”

And that’s an important word – tradition. The newspaper reports that residents have been decorating the public areas of the complex for quite some time.

But the Christmas tree is now called a “holiday” tree and Joseph and Mary and the Baby Jesus were boxed up and shipped off to storage. In other words, the public space is once again “religion neutral.”

The good news is residents are allowed to decorate in the privacy of their homes. But they can only decorate the common areas with “secular” decorations.

“A religiously neutral state is one that does not give the appearance that the property prefers or limits one religion over another,” the group said in a report published by the Globe.

I certainly hope that means Mercy Housing makes its workers clock in on Christmas Eve and Christmas Day! Heaven forbid someone think they are giving preference to one religion over another.

This sounds like a job for President-elect Donald Trump. Maybe he can make Christmas great again in the public areas of that housing complex?

I wonder if Mercy Housing has a policy regarding ugly Christmas sweaters – or fruit cake?