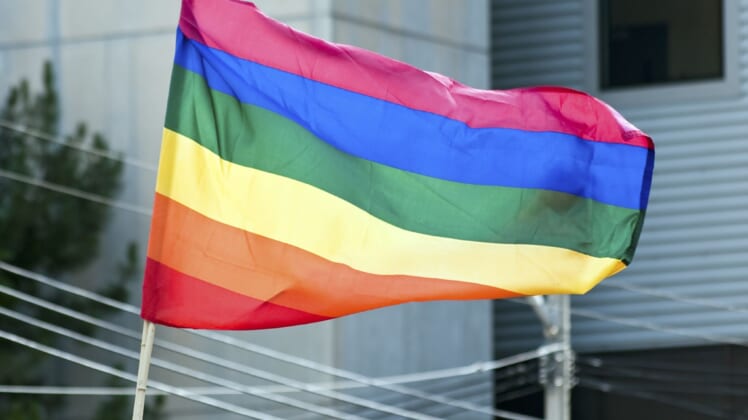 To kick off pride month, The Park Church in upstate New York organized a “Worship is a Drag” service to “celebrate Pentecost, kick-off LGBTQ+ Pride Month, and come to Christ’s Table of Love.”

The Park Church In Elmira New York is led by Rev. J. Gary Brinn, who on the church’s website is described as a “committed anti-racist and feminist, and as a gay man, has actively promoted LGBTQ+ equality.”

On his personal blog, Brinn regularly promotes ideas that fall directly in line with Marxist thought and the talking points of the radical left.

After using Michelangelo’s depiction of God as an example of the Church being controlled by white men in power, Brinn explained, “Most of us have found that not being racist is not enough when we live and benefit from centuries of systemic racism, that we must be actively anti-racist.”

Additionally, he often slanders the “version” of God that “white men” made “in their own image.”

“God acted like an older white man with absolute power,” Brinn said. “and a shocking fragility, for despite God’s supposed omnipotence, he was constantly offended that humans were not properly stroking his ego or following the rules he had implemented to micro-manage our lives. The culmination of his rage was the ultimate act of domestic violence, conspiracy to murder his only child.”

He continues, “That God is a monster, one that I abandoned long ago.”

The president of Park Church’s council, Jenny Monroe discussed why the church chose to put on this event with ABC affiliate WENY.

“The affirming piece is the important part…that means that we affirm your choices of gender identity, or sexual preference, or who you love, or what you talk about, how you dress…all those things,” she said. “We affirm who you want to be at church.”