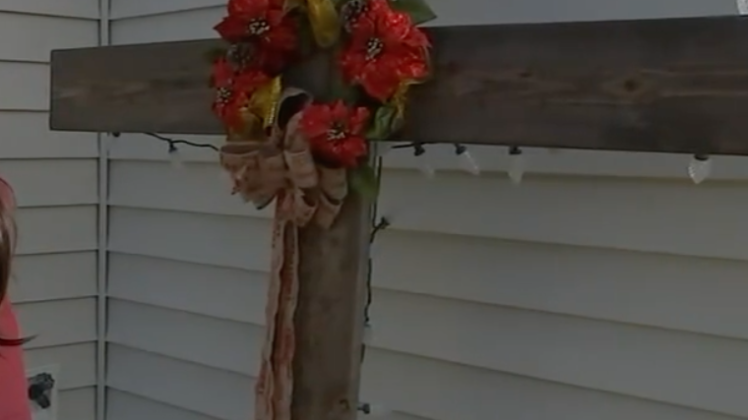 James Faison, of Raleigh, North Carolina, decided that he was going to put up a cross in his front yard to celebrate the Christmas season.

However, he received a letter in the mail from his homeowners association that told him to take the cross down.

Their reasoning, “[t]he board does not consider this a Christmas decoration, but Easter/Passover decoration”, said the HOA letter.

The letter also said if the cross wasn’t taken down, it “may result in the scheduling of a due process hearing and the potential assessment of fines of up to $100 per day, per violation.”

Faison posted the letter on Facebook and commented saying, “We don’t celebrate CHRISTmas because of Santa or a snowman!!!!”

Mr. Faison was given the opportunity to challenge the board’s verdict, so he took it.

The HOA told him that in order for the cross to remain up, he was told “biblical references can be provided noting the cross as a symbol of the Christmas season.” So, Faison took to the Bible.

As a result, the HOA allowed the cross to stay but according to ABC 13, “the case is still under review.”

Members of the HOA also claimed to be strong Christians, but clearly they are missing the entire reason why Jesus was born on this Earth.